The man-made structures have evolved over the eras and centuries. The residential, non-residential or commercial and corporate suits and buildings have over-taken the typical houses (earth sheltered). Apartments, Multi-storey residence, Duplex, cottages, and penthouse and studio apartments etc. are the modern residential structures. The same has happened to the commercial properties which include structures like shopping malls, Corporate/ Real estate offices and warehouses etc. today we are going to list the highest skyscrapers by country, which are the top most highest building in the world.The advances in Civil and Mechanical engineering have transformed the man-made structures; of course aided by the other scientific disciplines.we have managed the list of most tall skyscrapers around the globe, lets See. 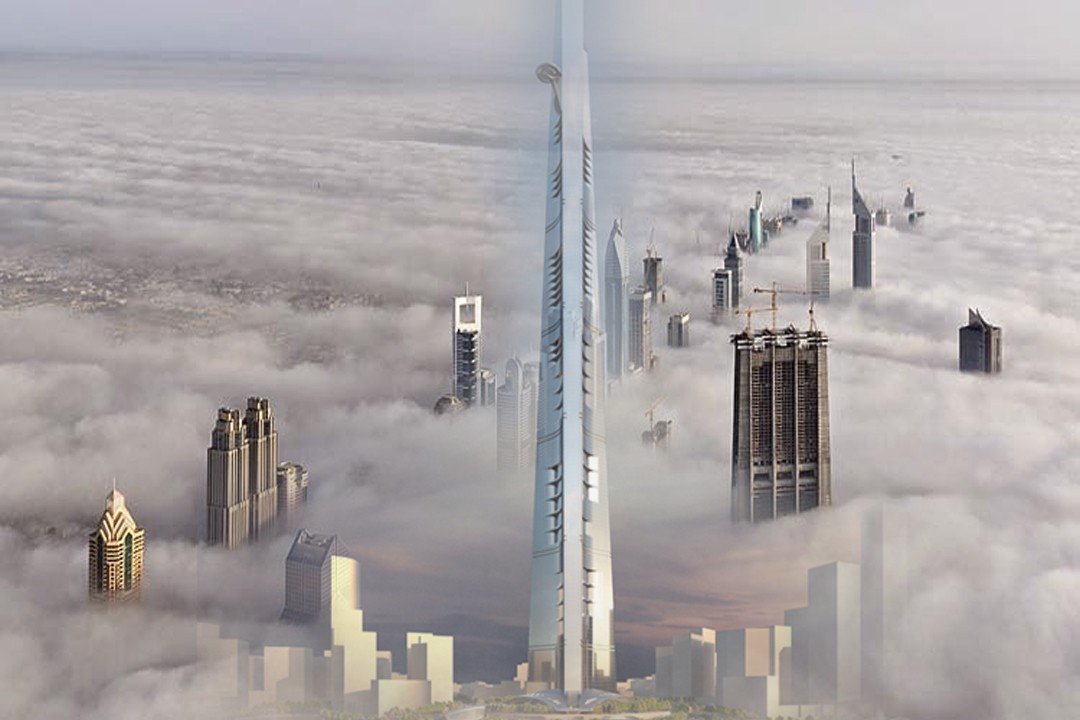 Top Ten Tallest buildings in the World by Country

Sky-kissing, tall, super and mega tall building also termed as skyscrapers are taking the world to new heights and the future is even brighter.

The tower was completed in the 2010; formerly known as Nanjing Greenland Financial Center measures a height of 450 meter located in Nanjing, China. The 89 storey is jam-packed with the retail and commercial offices, restaurants, and shopping sections with a public observatory and a hotel at the top floor. The building was designed by the Skidmore, Owings and Merrill Builders. Adrian Smith led the mega project. The 66 Floor building includes 5 basements being equipped with 54 elevators. The building is completely in use from the year 2010.

The Malaysian Petronas twin towers are simply a state of art structure built to Post-modern architecture. Skyscraper is located in Jalan Ampang, Kuala Lumpur. Built with the cost 1.6 billion USD, the twin sky-scrapers have the height of 451.9m, though the roof height measures 378.6m and Top floor ends at a height of 375 meters. A double storey bridge connects the twins on the 41st and 42nd floors of the towers. Argentinean architect Cesar Pelli developed the project of KLCC Holdings Sdn Bhd. Hazama Corporation were successful in winning the bid of Petronas1; Samsung Engineering & Construction With two other locals got the tender for the tower 2. The twin skyscrapers have the honor of being the World’s tallest buildings from 1998 to 2004 while the landmark of tallest twin towers is still held by the building. Petronas along with Kuala Lumpur Tower are some of the must visit sights of the capital city. 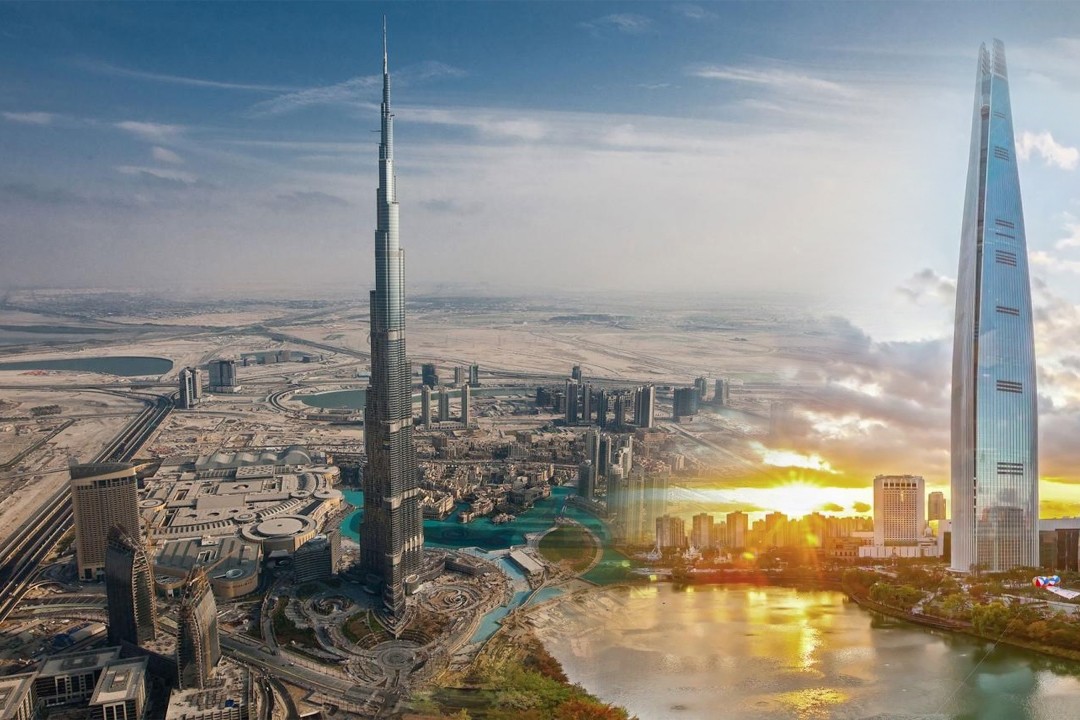 The International commerce Centre in Hong Kong, China is another towering sight; the 118 storey building concludes a height of 484 meters while the observatory ends at a measurement of 387.8 m. The floor area makes 274, 064 sq. meters. Other technical specifications include VIP lifts, thirty passenger and 14 shuttle lifts. Sanfield Contractors took the contract, developing was accredited to Sun Hung Kai Properties while the architectural design work was seen by Kohn Pedersen Fox Associates and Arup Group took the job of Structural Engineering. The building is world thirds tallest when it comes to the highest number of floors. The Ritz Carlton, Hong Kong Hotel and “Sky 100” observatory are the top places to visit in the towers. The commercial skyscraper faces the IFC, the second tallest one in the Union Square.

The China combine with Hong Kong leads the world in the mega tall structures. Shanghai World Finance Center situated at the Pudong district of Shanghai in 100 Century Avenue is designed by Kohn Pedersen Fox, Mori Building Company was the developers and Leslie E. Robertson Associates headed the structural engineering of the project. The 492 meters skyscraper was once rated as the second tallest in the world at its time of completion. It took 1.20 billion USD to top out the project. The building encompasses the offices, retail shops, parking garages, hotels and a museum. The 4,107,500 sq ft houses 101 floors and 91 elevators.

The Taipei 101 also known as Taipei World Financial Center in past was the worlds tallest building before the Burj Khalifa topped out in 2010. The year 2011 brought the skyscraper LEED Platinum certification for being the world’s largest and tallest green building. Designed by C.Y. Lee & others has 101 floors and 5 basements. The tower was designed in a way to survive and stand against the severe climatic adversities such as earthquakes and typhoons. The building is a mix of multi-purpose shopping stores, restaurants, hotels and clubs etc. In 2004 the building surpassed the Petronas Twin Towers, Malaysia (No.9 in the list) but ultimately succeeded by the Burj Khalifa in 2010. The 509 meters high building was completed within a span of 5 years. The fireworks at New Year’s Eve are a special sight to watch and are captured by the mainstream media and magazines from all over the world every year. 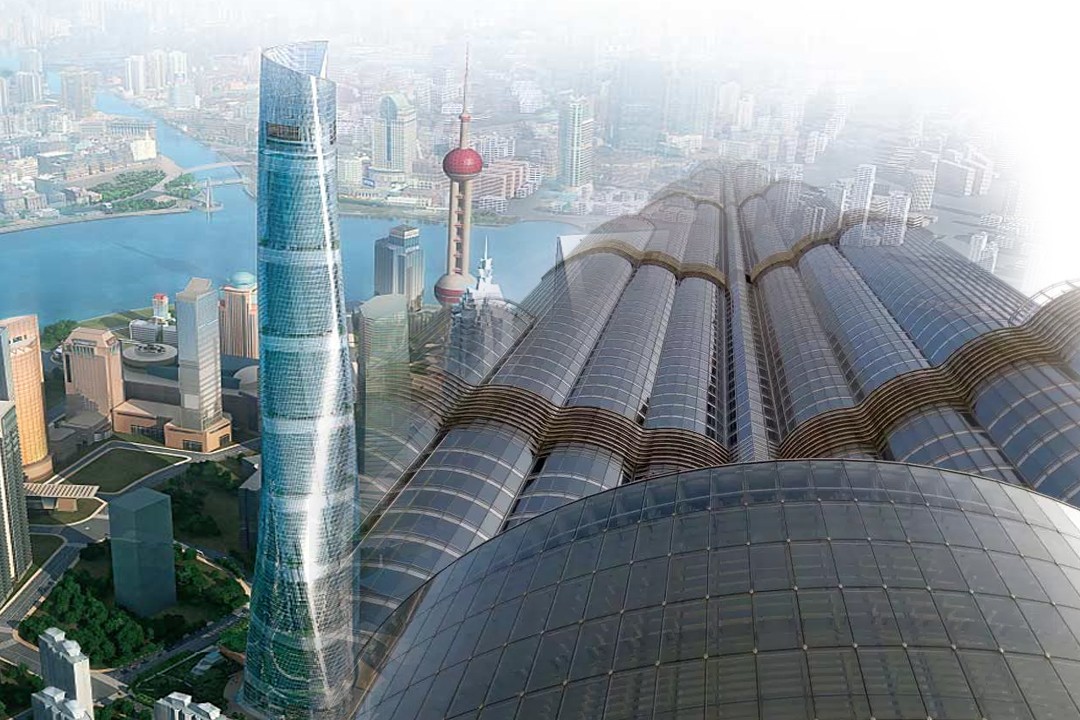 The CTF Finance Center is an under-construction skyscraper in Guangzhou, China; one of the two twin towers alongside the Pearl River owned by Chow Tai Fook. The existing building is estimated to be completed in 2016 with 116 floors at a towering vertical length of 530 meters. Floor area covered is 398,000 sq. meters with 86 elevators. The project was initiated in 2010 thus will be completing in 6 years. Again Kohn Pedersen Fox took the design and construction job with two others. Arup Group has taken Structural engineering task. Hotel, Residential and Commercial offices are expected to be the key sections of project.

The skyscraper building is actually the rebuild structure of the original World Trade Center twin towers which got destroyed in September 11 invasion; located in Manhattan, New York City the building has the max or tip height of 546 meters, architectural height of 541.3 meters and roof height of 417 meters. The 104 floors+5 basements encompass an area of 325,279 sq. meters aided with 73 lifts and elevators. David Childs of Skidmore, Owings & Merrill has leaded the design and construction of the project. The development incurred a cost of 3.9 billion USD. The building has opened in 2014. 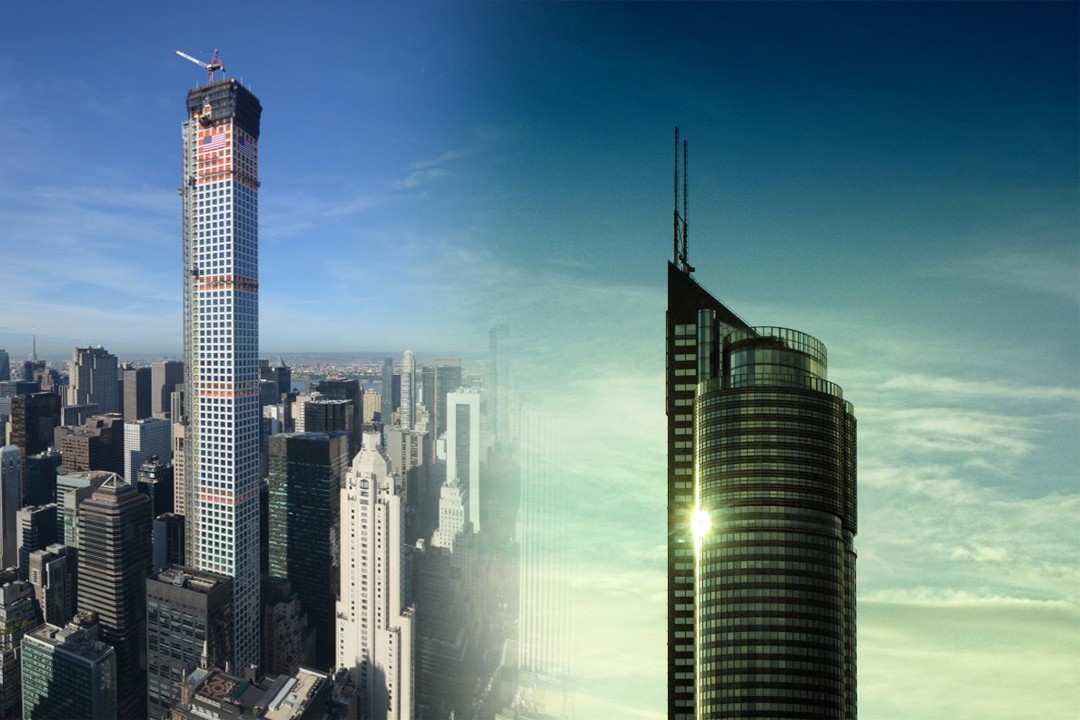 Also known Abraj Al-Bait Towers; Mecca Royal Clock Tower Hotel is the World’s third largest skyscraper beating Taipei 101 and getting beaten by Shanghai Tower in 2012. The Great clock hotel building is just meters away from the Masjid al- Haram; the World’s Largest Mosque. Binladin Construction companies, the kingdom’s largest ones had the contract to the project. Currently the tallest building of the Saudi Kingdom is the fourth tallest free-standing mega tall structure in the world. The tower owns an architectural height of 601 meter and a floor count of 120 whereas, the floor area comprises of 310,638 sq. meters. Dar Al- Handasah structural engineering is the structural engineers of the project. The Towers are built for hotel and residential purposes.

Shanghai Tower has now topped out status as of August 2013.The tallest building in china and second largest in the world is as high as 632 meters with 121 floors covering a floor area of 380,000 sq. meters. The tower is located in Lujiazui, Pudong. Design and Construction courtesy goes to Gensler associates and Thornton Tomasetti structural consulting firms whereas, Shanghai Construction Group were the main tender keepers of the project.

Here comes the tallest of the lot; Burj Khalifa is the tallest structure in the world. The Skyscraper located in Dubai, United Arab Emirates owns a height of 829.8meters or 2722 ft. The Mega tall project was completed in 5 years time (2004-009). Once again the Skidmore, Owings and Merrill group have the credits to engineering and architecture of the world’s tallest building. Adrian Smith remained the Chief architect while Bill Baker held the job of structural engineer. The Samsung C&T of South-Korea was the main contractor. The 1.5 billion USD was the topped out cost of project. The building houses 163 floors covering a floor area of 309,473 sq. meters. The building provides the mixed i.e. commercial and residential facilities. 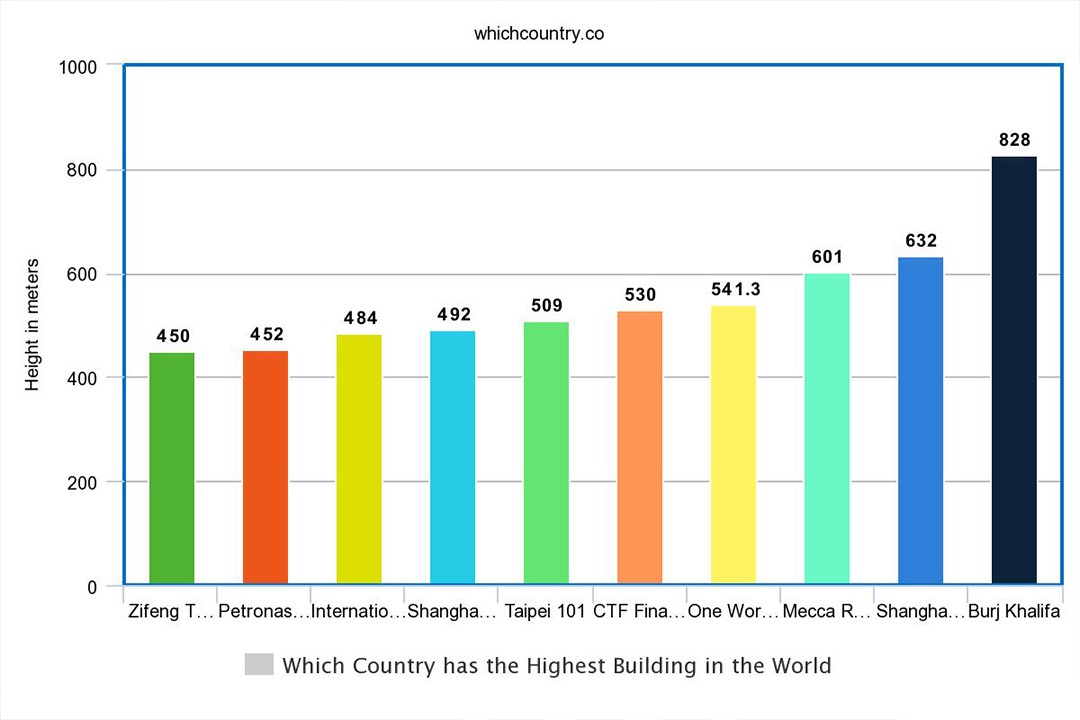 List of the Top Ten Tallest Buildings in the World (Table)

There are several countries having highest buildings in the world and but at present the Highest and tallest Building of the world is Burj Khalifa . It won the Emporis Skyscraper Award in the year 2010. huge amount of $1.5 million was incurred on its construction. a special event is celebrated on every new year’s night people from around the world come here to enjoy  and celebrate. It is consisted on 163 floors, 57 elevators and 3000 parking places.

Which is the Largest Planet In our Solar System