Holidays are a time to wind down for most. When presented with an opportunity for a holiday, most people in the world will take it with some aplomb. There are laws in several countries for the government sector and private sector as well to grant personal and sick leaves to individuals for a year. It is always a great idea to pool weekends, personal days and the kind of holidays that are multiple in nature to get great one or two weeks of vacation. There are however few people for whom public holidays mean doing charitable things and volunteering at local shelters. For some it is a way to catch up on extra house work that falls through the cracks. Whatever the reason maybe, anyone could do with more holidays. For that reason we are listing a number of countries where you can get sufficient downtime during a hectic year of all round work hours.

Sweden is the only country from Europe to have made the list for countries with most holidays. Usually the countries that are more religiously inclined have greater number of holidays. Sweden has a total of 14 holidays with extra holidays around Christmas and New Year’s celebration. Ascension Day is a holiday in Sweden and the 15th holiday is the Friday after Ascension day which is on the prerogative of the employer to give.

Morocco is a Muslim country that observes holidays for both Eids, Muharrum and then a few holidays that have more of a national agenda. 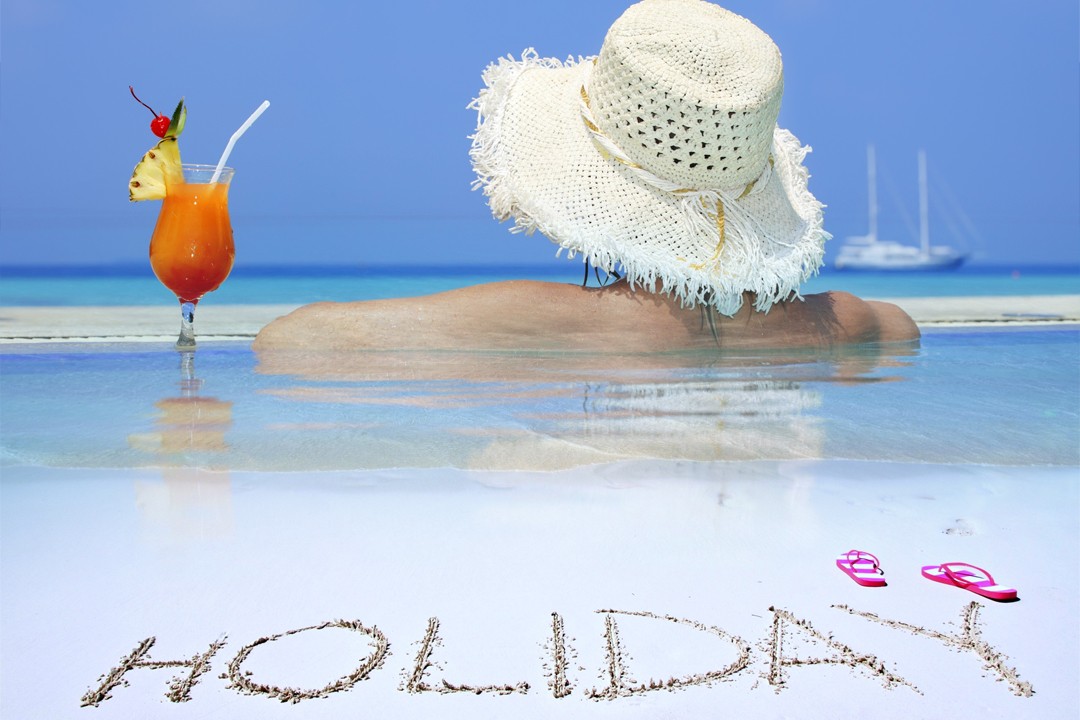 Japan’s holidays have more to do with the culture and heritage of the country rather than for religious purposes. Japan celebrates both equinox days in a year as holidays. Then there is a Coming-of-Age holiday and a holiday observed for the respect of elderlies as well. There is a golden week period in Japan that puts their public holidays in the top 10 list.

Indonesia is a Muslim country so it observes all the religious holidays. After a few secular days, Indonesia has three holidays for the minorities as well. Christians have Good Friday on April 14 as an international catholic holiday and Ascension Day in May. There is Waisak day on May 11 which is observed for the Birth of Buddha as well. 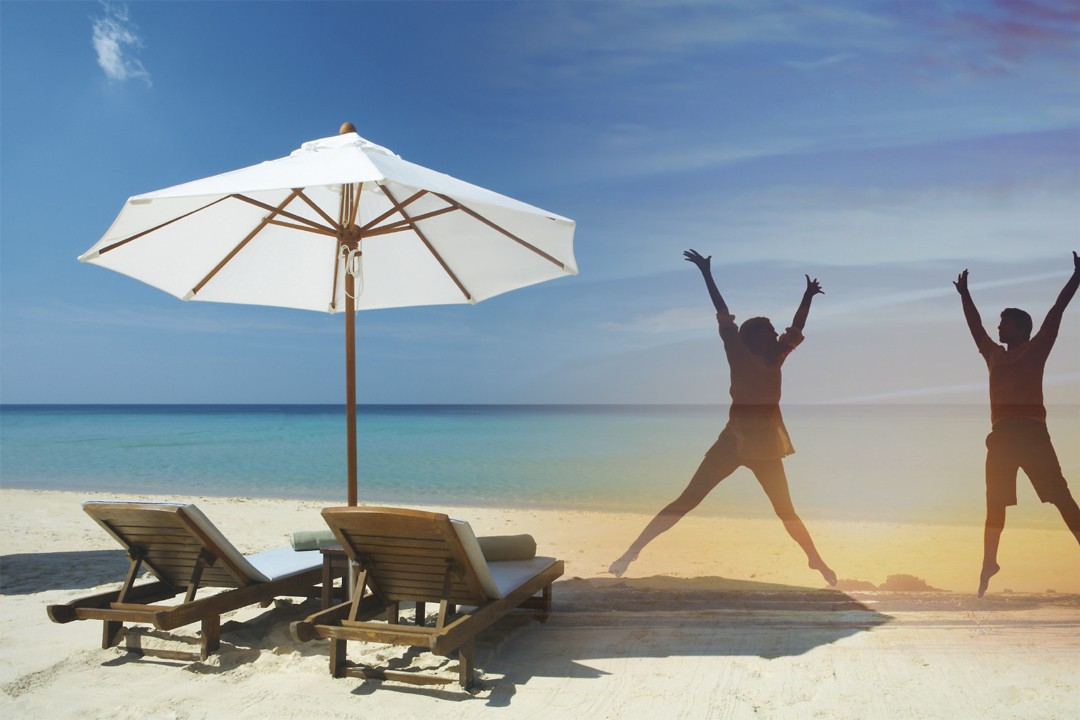 Apart from the five holidays for the New Year’s celebration alone, Thai people have a few cultural holidays and a Songkran Festival that lasts four days.

Most people know about the Chinese New Year which is observed as a fortnight of celebration in most years. There are also a few other secular and cultural holidays. 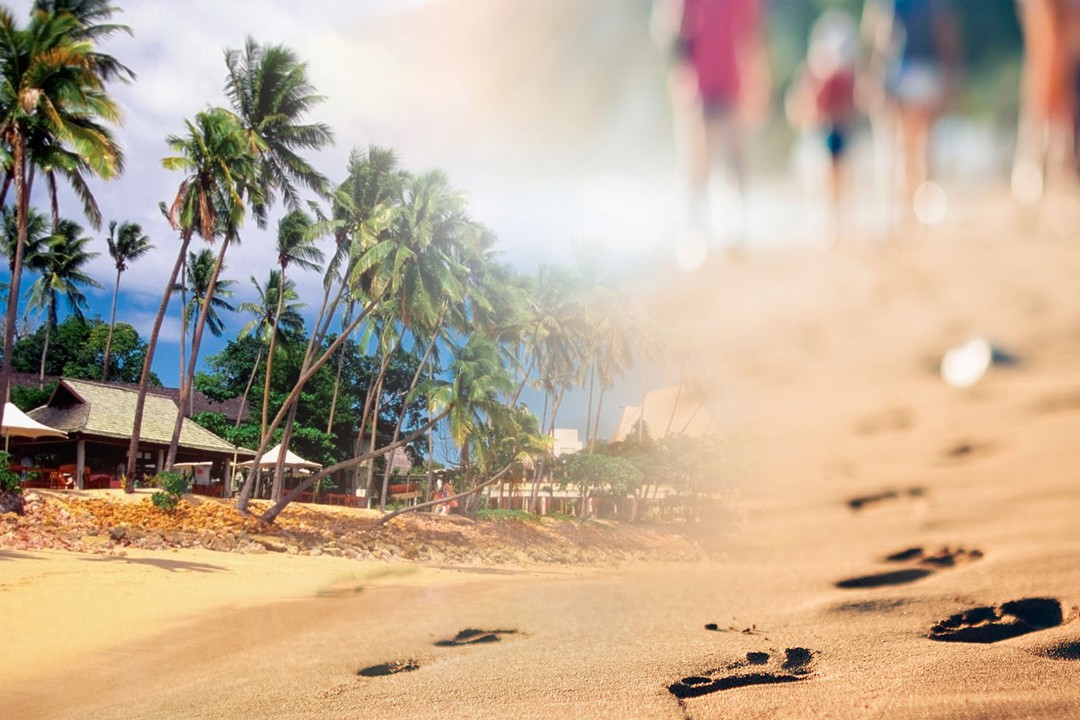 Most of the public holidays in Columbia that are Good Friday, Christmas and New Years are observed honoring certain milestones in countries history that have contributed to Columbia’s well-being. Then there are a few holidays observing Saints as well that have done good deeds in the country.

Philippines have a very diverse cultural and religious heritage because of which there are religious holidays for Christians and Muslims as well. There are quite a few secular holidays as well including Independence Day, Labor Day, Day of Valor and whatnot. 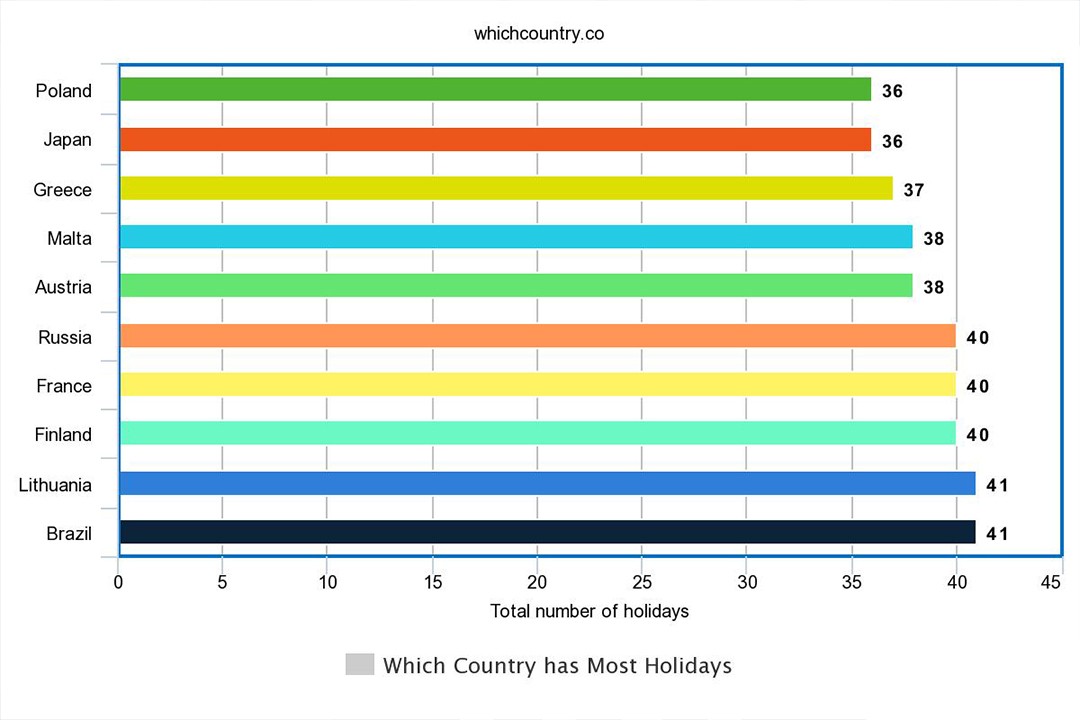 India observes the most public holidays in the world. Most of these holidays are religion based which include Holi, Diwali, Lodi, Ganesh day and others because of the multiple gods that are worshiped by the Indians.

Top Ten Countries with Most Vacation in the world

So your question which country has the most holidays per year? has been answered in more detail checkout the paid public vacations table for top ten countries with most holidays annually.

Top 10 Countries With the Most Freshwater