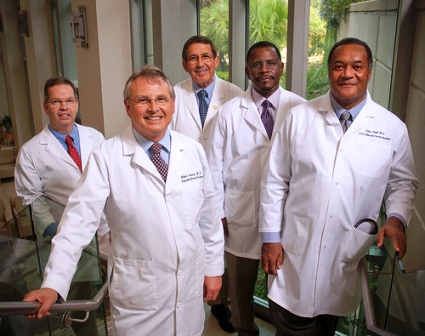 Healthcare is one of the most important, if not the most important, aspects of life and there is no denying that the people that dedicate their lives to this profession always have something special. Every doctor, no matter how competent, needs to have that work ethic to get through eight years of higher education and then three years of working for next to nothing. So if you become a full-fledged doctor, which has been the most coveted profession for ages, after slaving away for over a decade, then you really have achieved something special. Even then, there are professionals among these special people that truly renounce themselves as the elite. One thing is being a regular doctor; another thing is diagnosing difficult cases, making groundbreaking discoveries and building a repertoire that multiple hospitals end up desiring.
It is also another fact that some countries afford better opportunities to its doctors so they can actually end up achieving something meaningful in their professional lives that leaves a mark on the history of entire medicine. In this current age, when technology has exposed almost every mystery inside a human body, there are still discoveries to be made and doctors still manage to pull off some amazing research work. For that they need a healthcare system that truly values a doctor who strives to become elite. Following are the five countries that have the reputation of churning out some of the best doctors in recent medicine.

The great thing about medical care in Austria is that the medical expenses for the citizens, tourists and travelers are barely different. The country has a solid healthcare systems and it has some of the best hospitals when it comes to nearby European regions. Having great hospitals also mean that you have doctors that are able to keep up with the demanding guidelines of a top healthcare system. Austria has produced some of the greatest minds when it comes to psychology and mental health doctors. Sigmund Freud’s work in psycho-analysis was revolutionary and Hans Asperger of the Asperger’s syndrome is also from Austria.

United Kingdom has had a history of churning out brilliant doctors that make discoveries and invent medicinal methods that change the medicine world or have done so in the past. The healthcare system itself is free but it takes a lot of time to get appointment for free check-ups and getting prescription pills is a bit difficult. On top of that the private healthcare system is over-the-top expensive. Some of the renowned doctors UK has produced include James Parkinson of the Parkinson’s disease and Alexander Fleming. Fleming is credited with the most important medical discovery of the 20th century with penicillin.

France is touted to having the best healthcare in the entire world and its hospitals are acquitted with the state-of-the-art equipment. French Government has made cheap healthcare its priority and doctors in the country are also well compensated. The hospitals here are so revered because on top of a brilliant healthcare system, they also possess some of the most elite doctors in the world. French Microbiologist Louis Pasteur single-handedly created the vaccination process and he is also famous for another procedure named after him, milk Pasteurization.

Germany has produced great doctors down the years and the work they have done when it comes to immunization, pathology, cancer research and even psychology. Robert Koch was responsible for discovering the bacteria that caused anthrax. Paul Ehrlich made key contributions in chemotherapy, immunology and pathology. Erik Erikson made a telling contribution in psychology with his ‘Identity Crisis’ theory. Samuel Hahnemann from Germany actually created a whole alternative field of medicine called homeopathy.

Q: What Country has Best Doctors in the World?

There is no doubt that some of the best hospitals and medical teaching facilities belong to the United States of America. Teaching hospitals such as John Hopkins and Harvard Medical School have cultivated stellar reputation in past decades for creating some of the best doctors in USA. The Human Genome Project that introduced genetics as a major medical field was an American project spearheaded by Thomas Hunt between 1990 and 2003. With treatment of Rheumatoid arthritis, advancements in surgery, pharmacy, cancer research and many others, the US contribution to medicine and the elite level of doctors is unquestionable.

Which Country Produces Most Nuclear Energy

Which Country Drinks the Most Coffee