Cheese is a milk derivative much like cream, butter and yogurt. Because of the heaviness of the product in terms of calories and fat content, cheese is often times labelled as a food that shouldn’t be present in the diet by most people. Cheese in the cheeseburgers is often listed as a cause for clogging arteries and making people fat. Though there may be some truth to the clogging artery part but the real weight is gained by the carbs and sodium in the cheeseburger buns. Also, if anything is consumed at very high and disproportionate levels, it is a given that will be hazardous for a person health. Heck if you drink 12 litres of water within an hour you might even die from lack of sodium and electrolyte imbalance in the brain.
Another fact is that the countries that consume most cheese aren’t necessarily the fattest. France, Italy, Iceland, Austria and Finland are some of the most cheese consuming countries but none of them are in the top 10 list of countries with overweight people. That is because people there often consume cheese without the high carbs of buns and high protein/salt levels in the patties. The most popular way of consuming cheese is of course along with wine. Wine and cheese sampling are often done for aficionados of both products. It is actually recommended by most nutritionist to consume at least 1 to 2 slices of cheese per week considering their role in bone development, cancer prevention and fighting cavities. 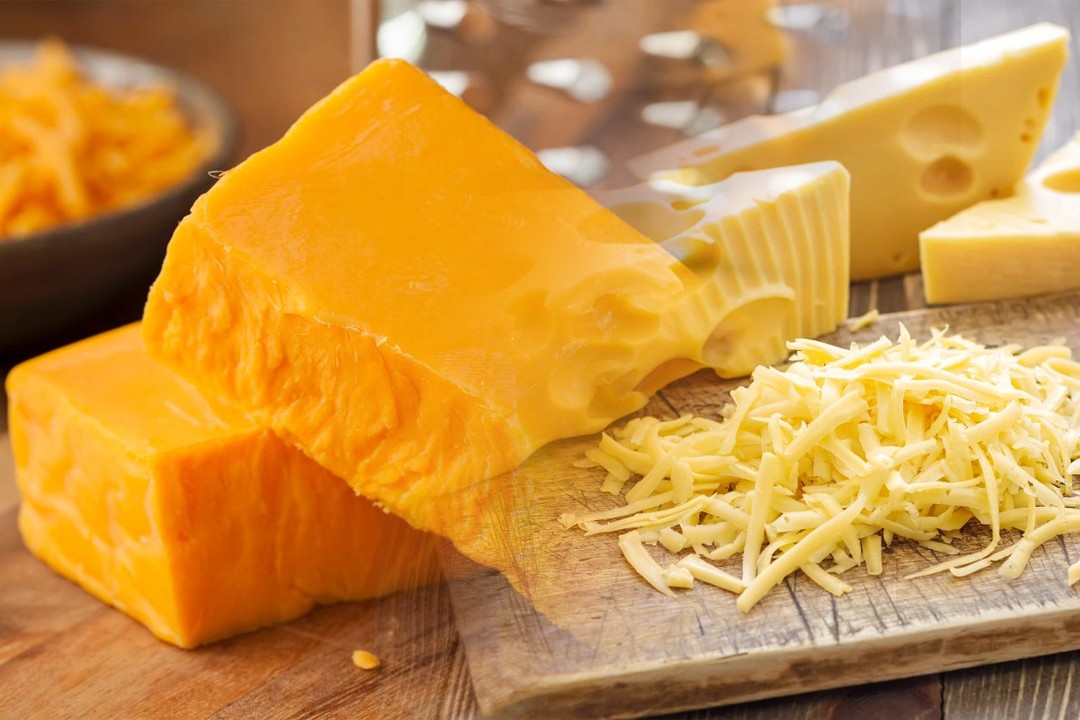 Most Famous Types of Cheese

There are many types of cheese from which the most famous and popular kinds are listed below:

Q : Which country eats/consumes/uses the most cheese in the world?

Following are the countries with most annual cheese consumption recorded:

Ever since the drop of production unit prices of cheese in 2015 resulting from an EU ruling in 2015, more and more quality cheese products are circling Austrian market at lower price. The result is an increase in cheese consumption which is now 21.5 kg per capita.

In Italy, cheese is consumed more as part of a Mediterranean style diet rather than snacking on it intermittently. Italian people watch how much calories of cheese they consume and plan their meals accordingly. That is the reason why Italians, despite having some of the slimmest figures in the world, consume 21.5 kg of cheese per capita. 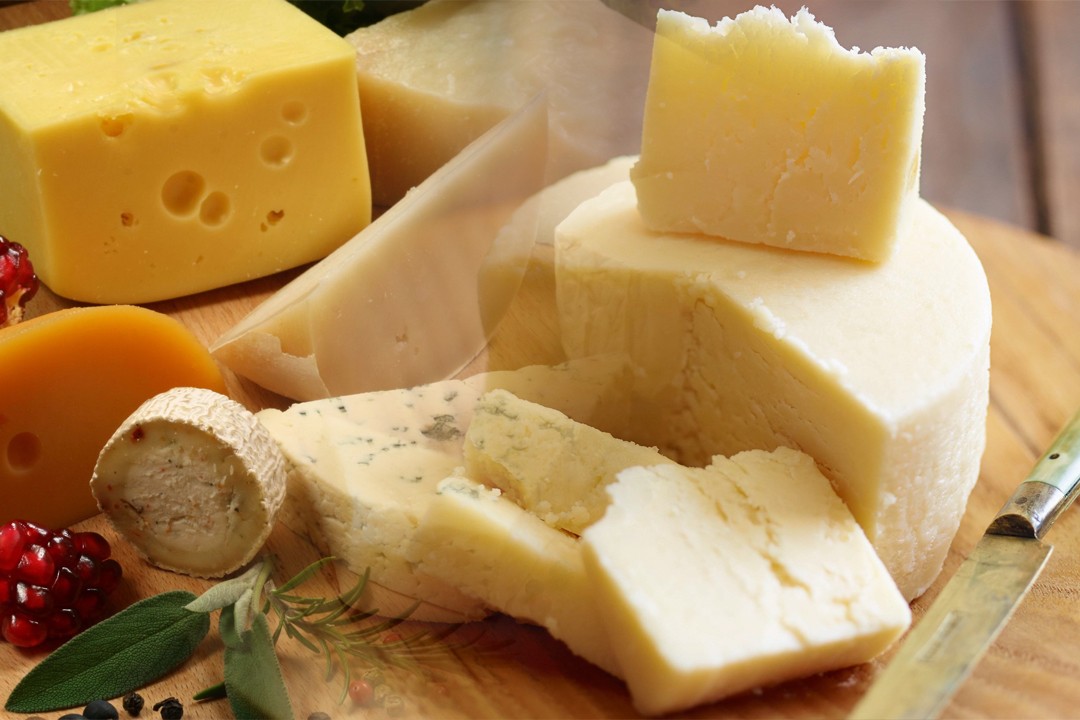 Swiss cheese and brands produced in the country are some of the most popular in the world. So it is somewhat a given that the country would consume high quantities of cheese (21.8 kg).

Cheese consumption in Luxembourg is not only done in abundance but the quality of cheese consumed within the country is also usually in premium. Cheese consumed here is often in the form of appetizers, value-added cheese and cheese experimentation with wine. Luxembourg consumed 22.8 kg of cheese per capita.

Cyprus is a small country with only 1.85 million people that resides mostly in urban areas. Even those that live outside, there are resorts and tourism opportunities for them to exploit because of the country’s beaches. The cheese consumption here is 24.2 kg. 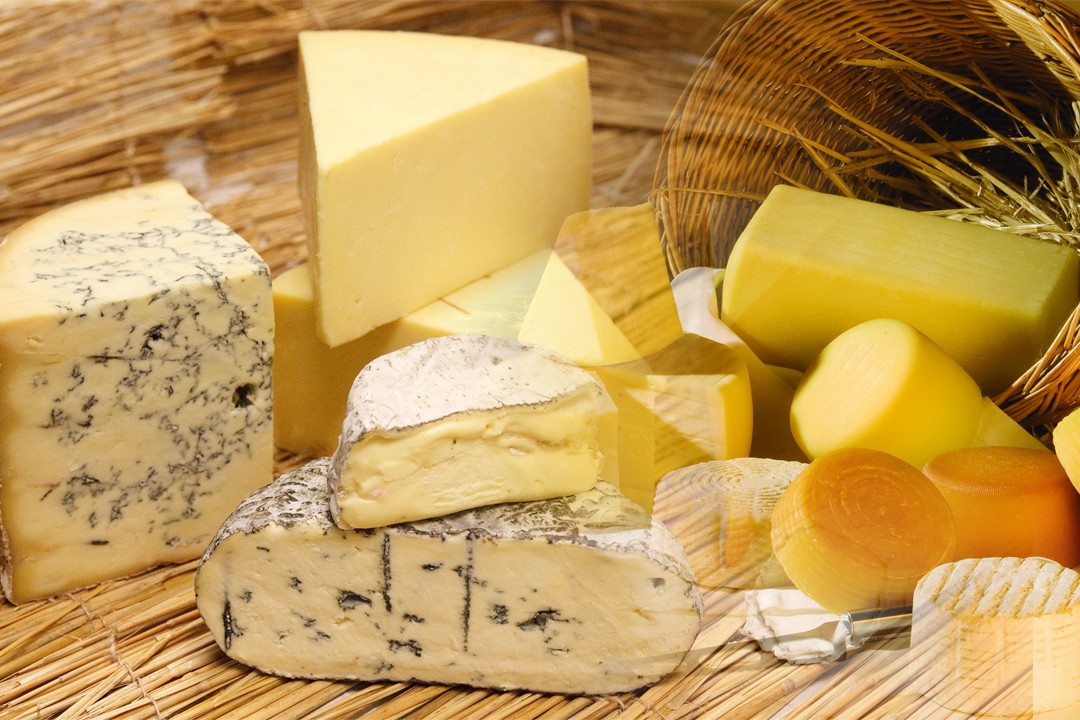 Germany is the second largest cheese consumer in the world behind USA in terms of total quantity. The people here consume 24.6 kg per capita as the country has a lot of premium quality cheese as well as organic.

There are a lot of dairy farmers, over 750, in the small Island nation of just 300,000. M.S Iceland Dairies cooperates with these farmers to provide cheese and other milk products to the masses. Iceland’s high standard of living ensures that cheese consumption is also high in the country (26.1 kg). 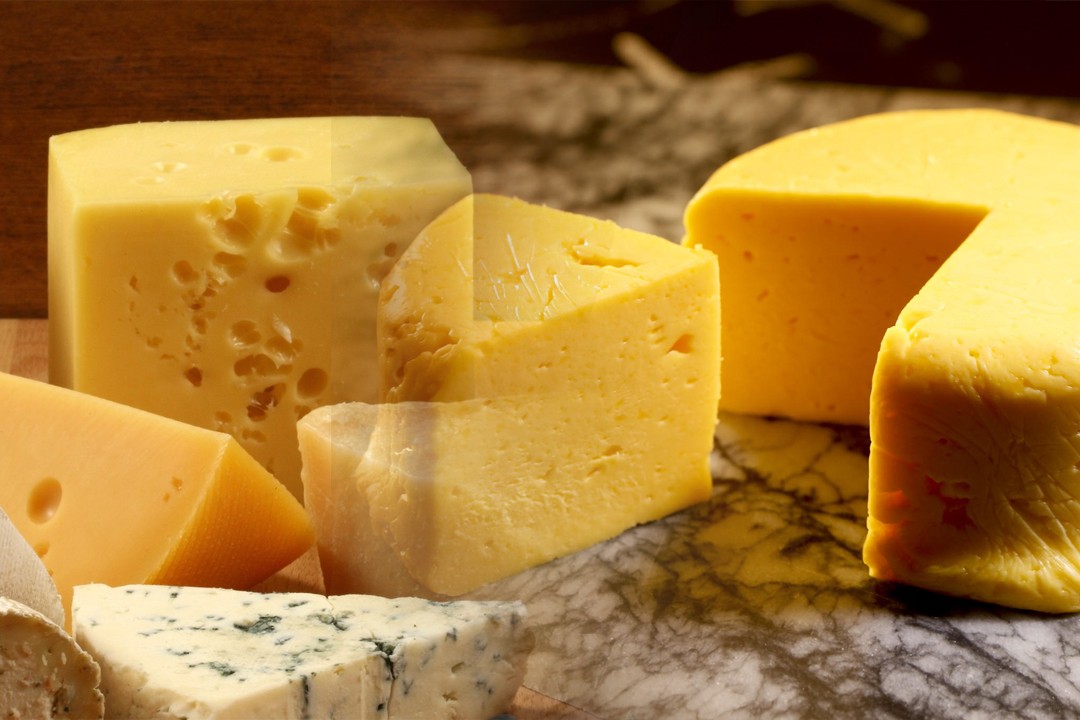 Cheese is one of the most favorite food of Danish people. There are a lot of Danish cheese varieties available in the market. Danish nation love to eat cheese and this food trend is increasing day by day. If we look back in past years Denmark was not in the list but after 2012 cheese consumption in this country increased rapidly that’s the reason it rank at number three with 26.2 kg per capita.

Ever since the premium quality cheese price dropped in 2015, the consumption has increased in Finland as well. As a result the country is now the 2nd in the list of countries that consume most cheese. 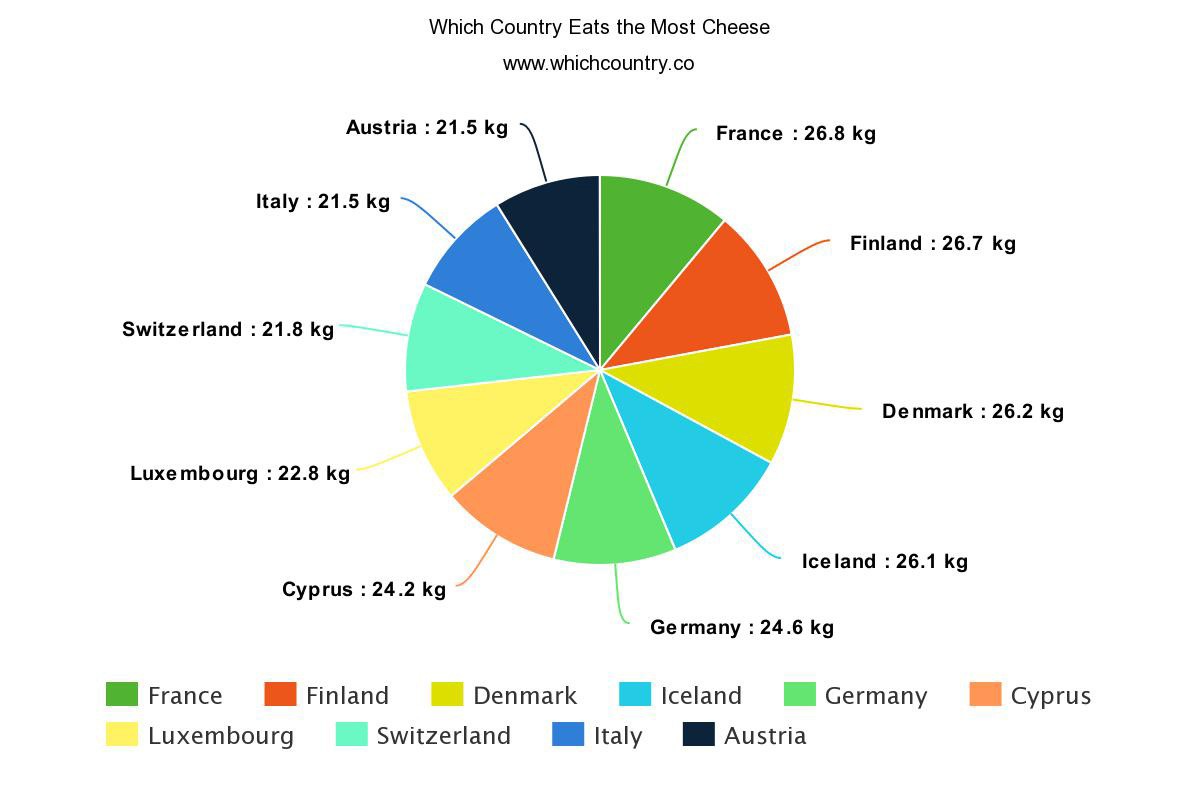 The country that invented the concept of experimenting wine with cheese is always going to be head and shoulders above other countries in per capita consumption. With 26.8 kg of cheese consumption per capita, people in France eat the most cheese.

Top Ten Most Expensive Cities in the World