Whichever place you might live in, coffee consumption is there, however rare or sporadic it may be. There is a penetrable market at every corner and countries are now getting littered with Coffee shops and cafes. There is another side to this story where the tea comes in. Consumption of coffee and tea for people could be understood if we compared it to dogs or cats as pets. More often than not, tea and coffee consumption is mutually exclusive in markets much like how owning a pet dog or a cat is for people. There might be a rare casing of a pet owner having both but that could well be the exception that proves the rule. That is why the chart where you show consumption of tea and coffee, if tea is consumed 70% than coffee is assumed to be consumed by the 30% of the rest of the population. 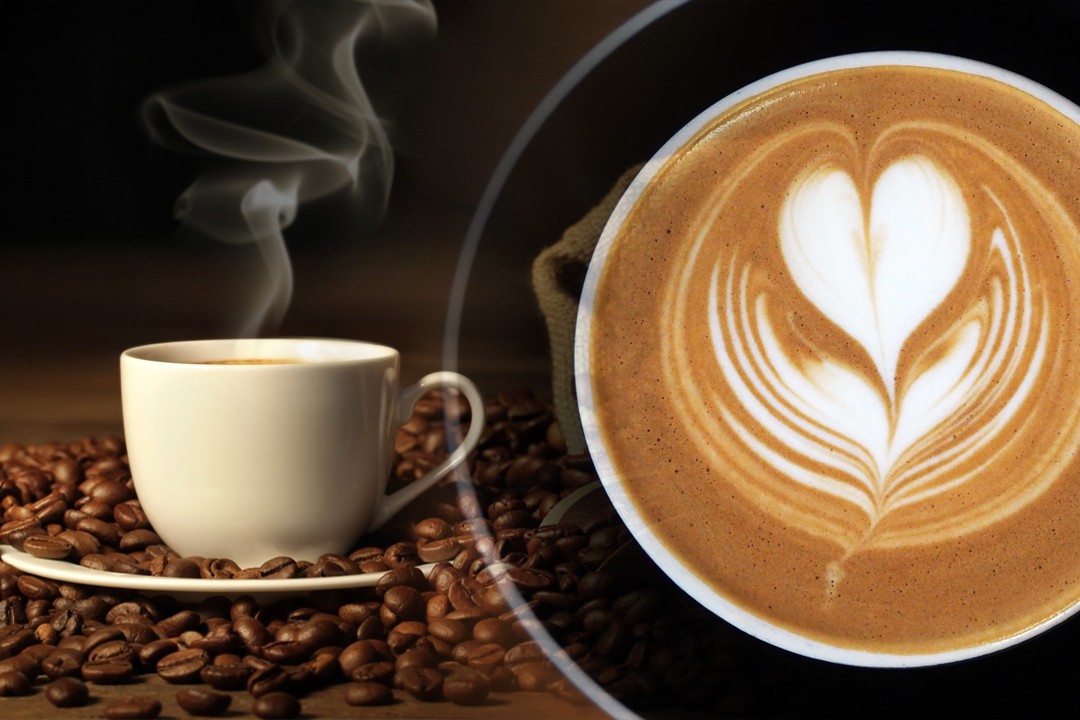 If we work that math out for some of the coffee enthusiast nations, than the two South American countries that lead the way are Brazil with 97.5% and Ecuador with 97.4% percent consumption rates. After that we have Costa Rica with 96.9%, Greece with 96.8%, the three Scandinavian nations with 91% combined and Finland with 88.8 percent consumption. Other big consumer markets are in Spain, Portugal, Belgium, Netherlands, Austria, France, Germany, Canada and of course, the United States of America. Despite the country being known for people having a preference for coffee in abundance and the huge market share, the percentage of consumers is barely in the top 25 with 75% consumption rate for coffee. Also, US also doesn’t make the list of largest coffee drinkers per capita by a significant margin. Even Brazil, the largest coffee producer and enthusiast, doesn’t have the per capita consumption of coffee like other countries in the list below. 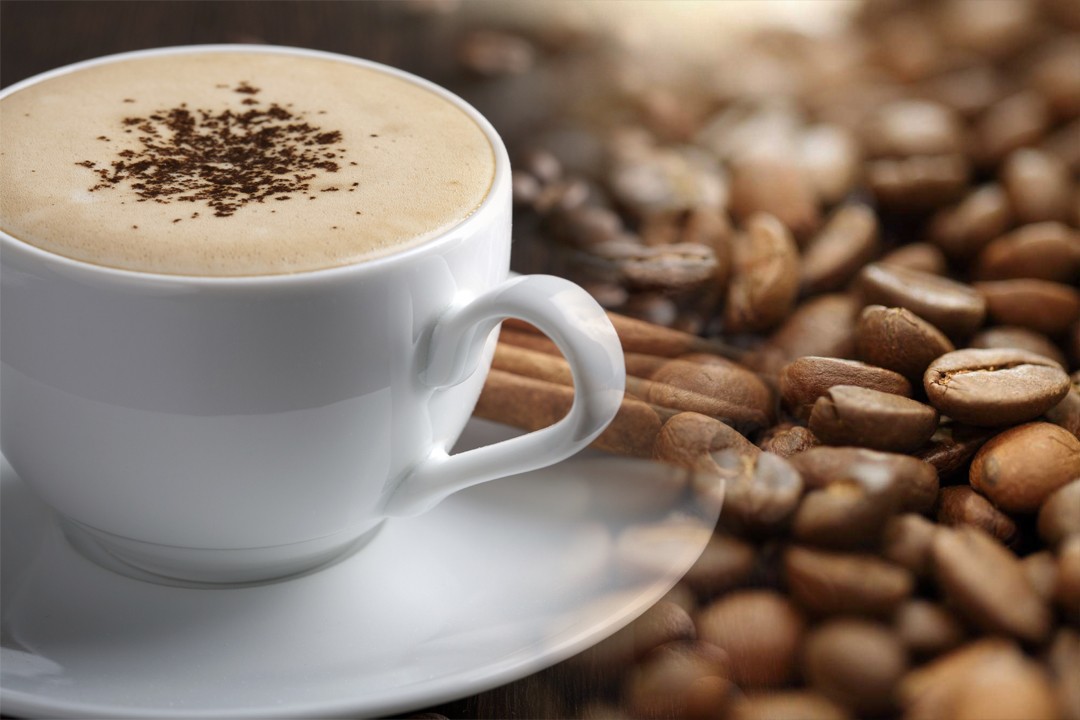 Following are the 5 countries with largest per capita coffee consumption for the year 2015.

Not only the culture of legal pot has swept the nation in recent years but the culture of brewing coffee in coffee houses and consuming them in bulk is also a favorite pastime of the Dutch. Much like England does for tea, Netherlands has a traditional claim at coffee with the very first coffee trees in Europe being cultivated in Netherlands in the 1616. Also, the people of Netherlands must drink coffee en masse because even with only 74% of the people having coffee as the preferred beverage, the nation consumes a boat load of it.

Danish people are actually the people with highest percentage of coffee drinkers among the Scandinavians with 92.6% of them. Coffee is actually the part of the meal for most of the country’s household and it is also the centre of occasions; like having a High Coffee with snacks and desserts instead of a High Tea. The trend of drinking coffee is especially ingrained into the royal family. Considering that Danish coffee is the 6th most expensive in the world, the people there must really love it to consume this much coffee annually. 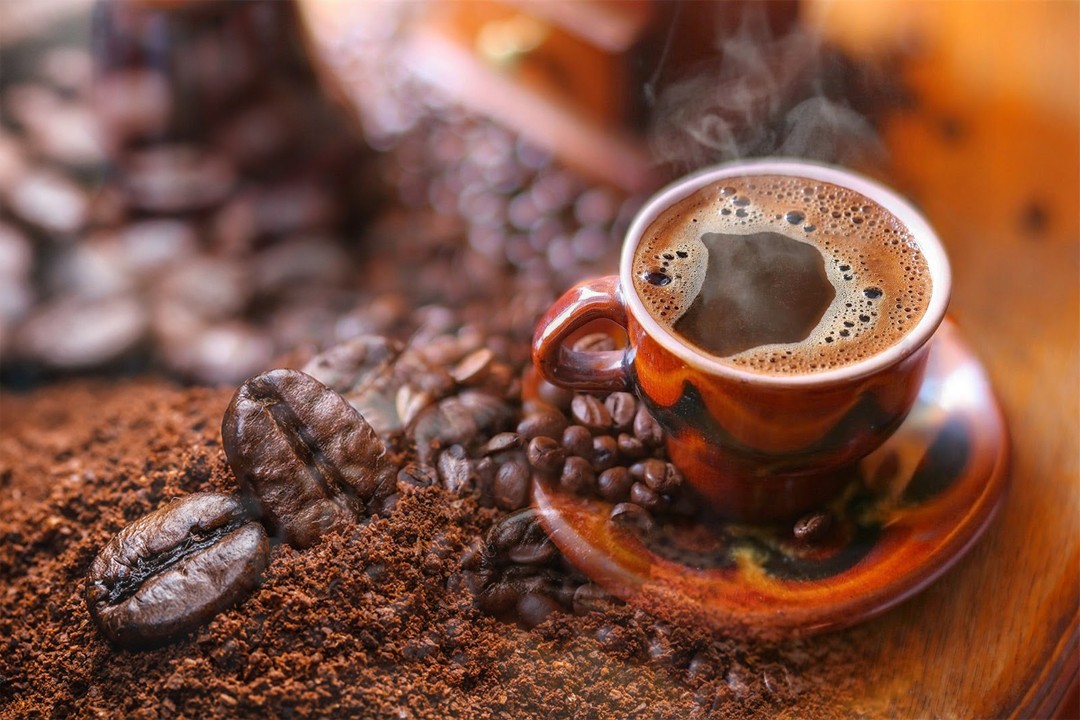 We might be establishing a trend here with cannabis and caffeine but Iceland isn’t the first country to have people consuming marijuana and coffee in high doses and it won’t be the last. The country is not only a huge coffee consumer with 9 kg per capita consumption; it is also a huge consumer of sugar. Guess as to where most of that sugar is going?

We talk about Danish royalty having a stake in coffee. The country was a former ruler of the Scandinavia and with Norway being so poor in the beginning; coffee was one of the few beverages the subservient nation could afford. Even after the country became independent, the love for coffee here never left; much like the story of UK, Sub-continent and tea. Norway now consumes a whopping 9.9 kg of coffee per capita in a year. 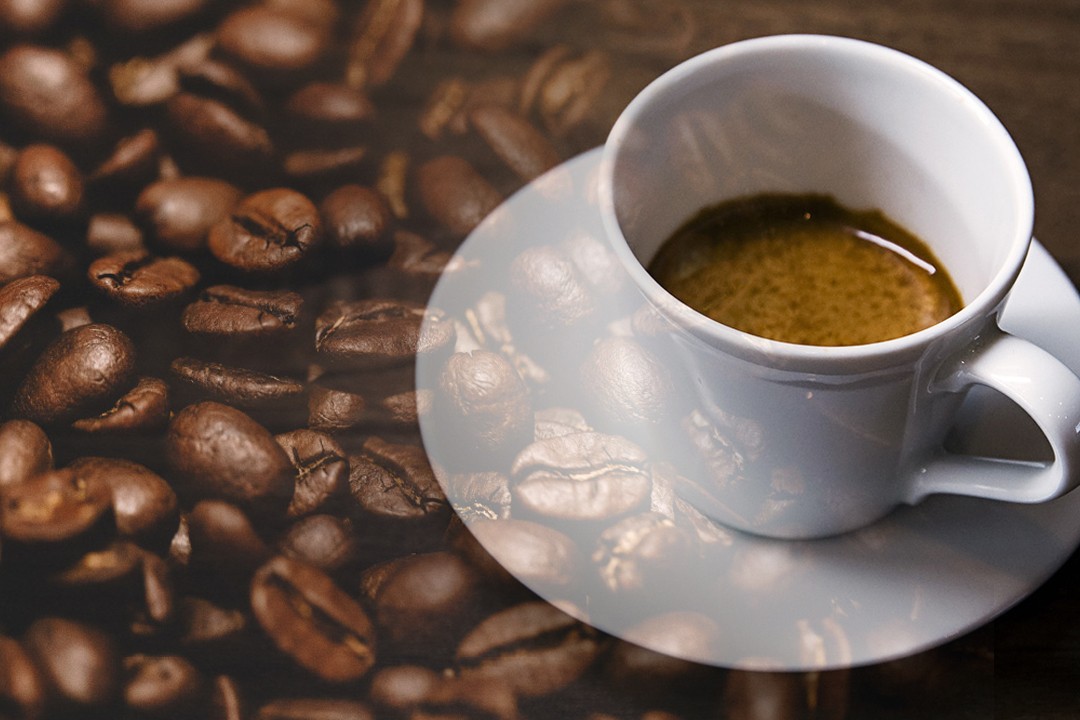 Coffee is the magic world in this winter wonderland for people as they consume coffee in what could easily be construed as unhealthy amounts. Because this average of 12kg per capita per annum is generally achieved after weeding out the children for the fuzzy math. The Finnish people drink coffee with every occasion or non-occasion and the post-church luncheons are also usually all about the brown beans. 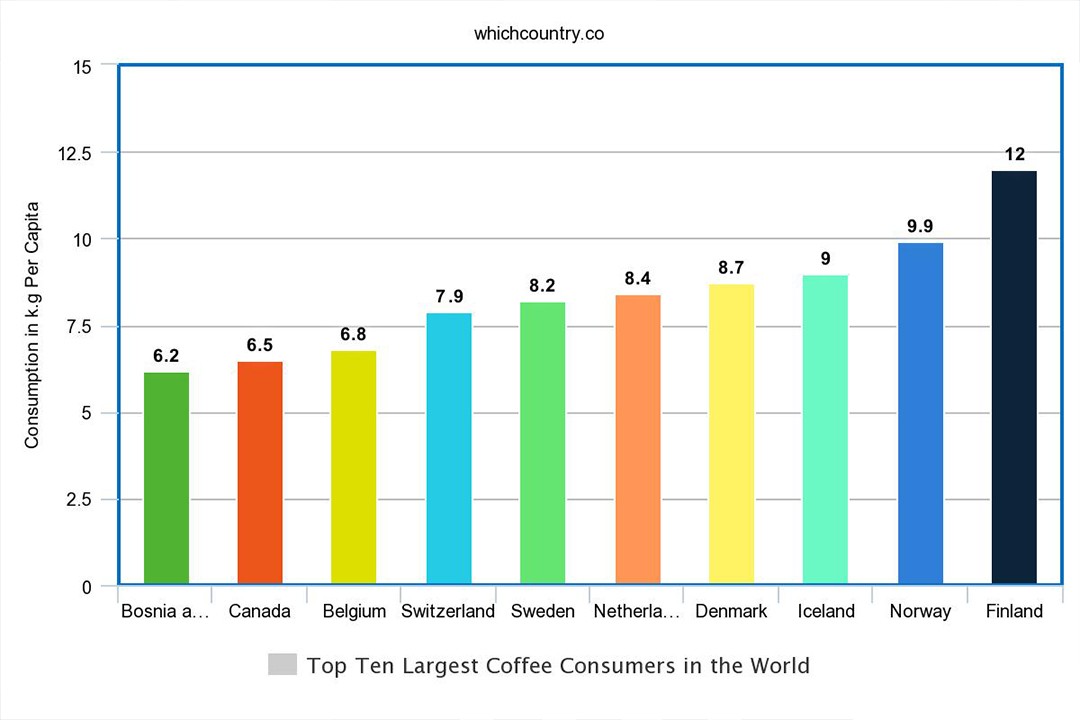 Q : which country drinks the most coffee?

Ans : According to a research and the above given table FINLAND is the nation where its consumption quantity  is more than rest of the countries. It is used on a large scale. Over 12 Kg per capita is consumed in a year which is the highest quantity.
View Full Content
Previous

Which Country has Best Doctors in the World

Which Country Shares Borders with Most Neighboring Countries