The origins of Buddhism are rooted in the teachings of the Buddha, and it became a practiced religion in somewhere between the 6th and 4th Century BC. The practice of Buddhism varies in several regions, and there are over half a billion Buddhists in the world. China as the highest percentage of total Buddhist in the world with a quarter billion of them in the country. The religion has two primary schools of practice; Mahayana which is Sanskrit for ‘The Great Vehicle’ and Theravada which is “The School of the Elders.” Even though both of the Schools have beliefs in the core teachings of the Buddha which involves finding out the true meaning of life, understanding that life is accompanied by sufferings, meditation, and that true enlightenment can only be reached by eliminating lust and other worldly desires; they differ greatly in practice. 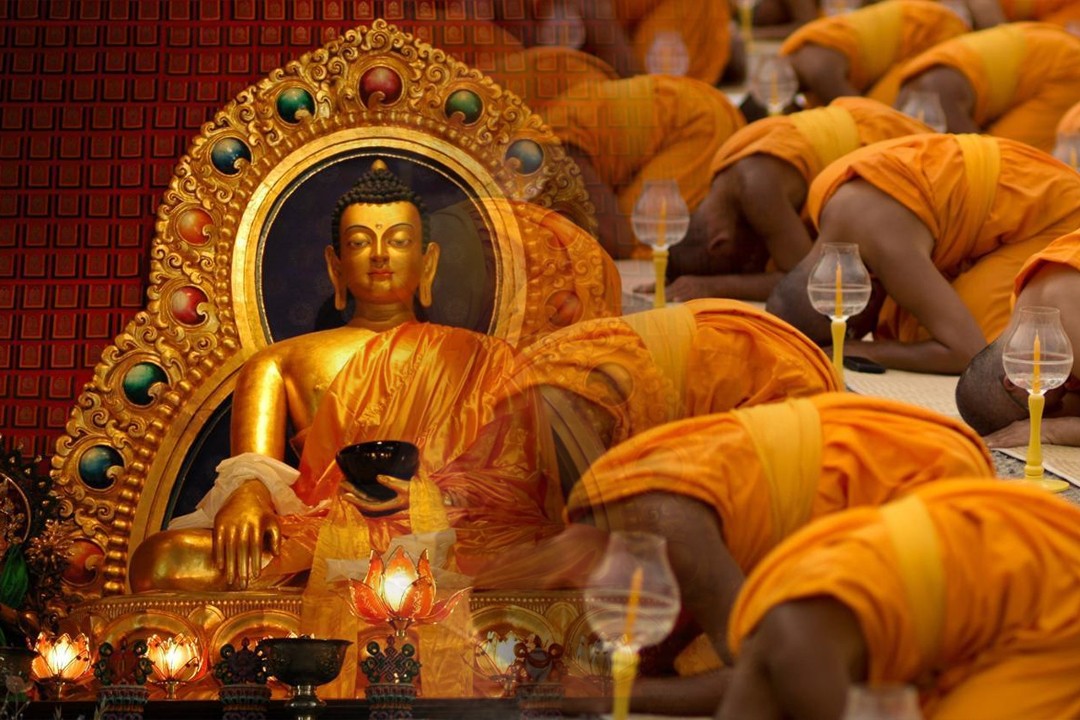 The Theravada believe in the understanding of Buddha through reaching Nirvana which is a sublime state of wisdom, loving-kindness, compassion, and renunciation of cravings and attachments. Only by doing this can one escape the cycle of rebirth and suffering.
The Mahayana, on the other hand, don’t embrace Nirvana but rather the notion of Buddhahood where one remains in a cycle of rebirth to help awaken other beings towards enlightenment and the truth of life.
There is a third and smallest School as well which is based on the teachings of Indian Siddhas called the Vajrayana. However, it is viewed as just a branch of the Mahayana and practiced in the Tibetan region mostly. 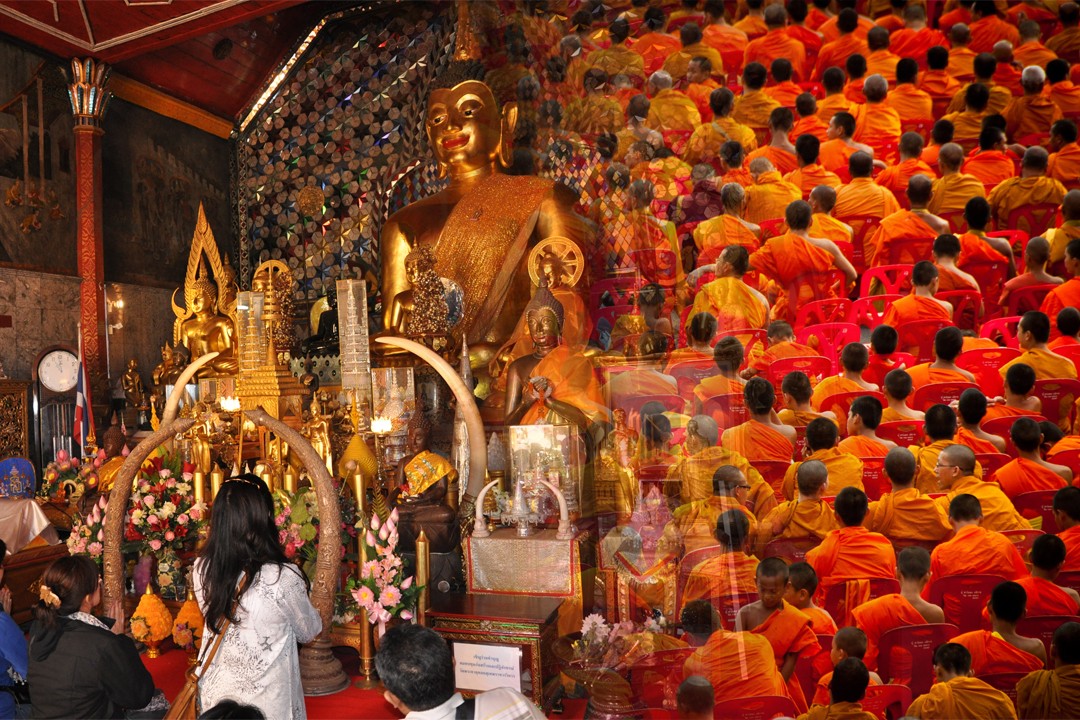 Buddhism today is a religion spread throughout many countries and different monasteries. The Mahayana has its spread in East Asia and China while the Theravada has more influence in Sri Lanka and other South Asian countries. Following are the countries with the highest proportion of Buddhists. 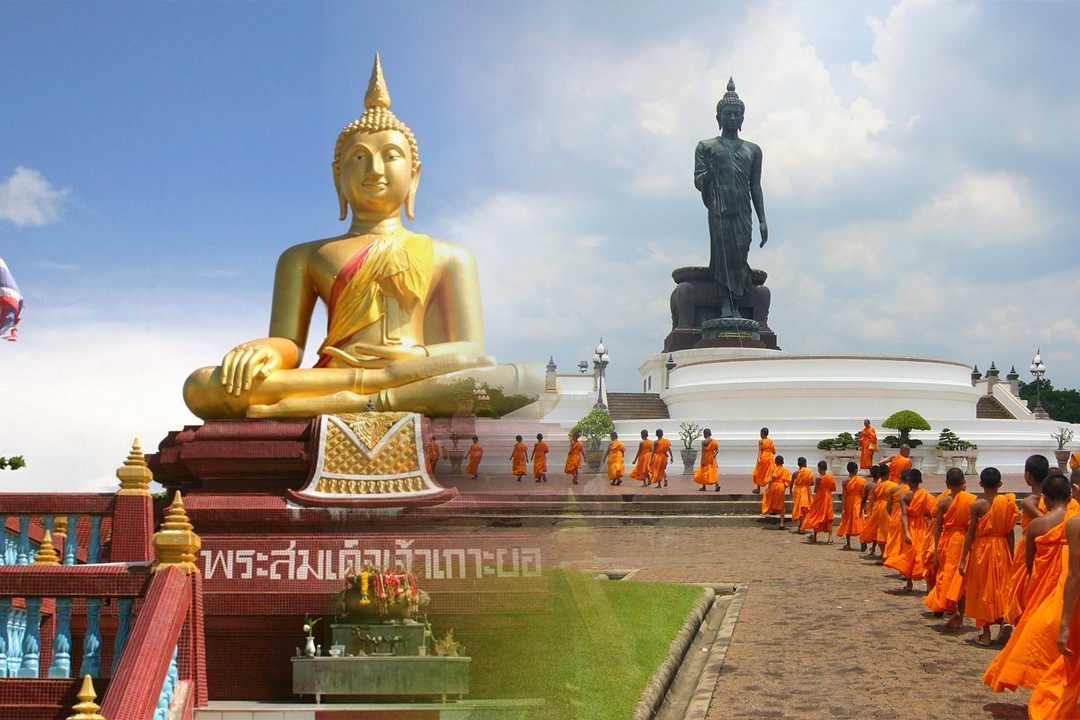 Even though Buddhism truly saw its spread in the 1st and 2nd Century AD, Sri Lanka was one of the few regions where Buddhism was accepted long before. According to the country’s chronicles, the religion was introduced to Sri Lanka in 3rd Century BC. Over two-thirds of its population, 70%, follows Buddhism as a religion.

Bhutan is a small kingdom in the Himalayas with a population of just 800,000. It is a Buddhist country with 75% of the people being Buddhists. The religion of the country is Vajrayana Buddhism which is practiced by most Himalayans. 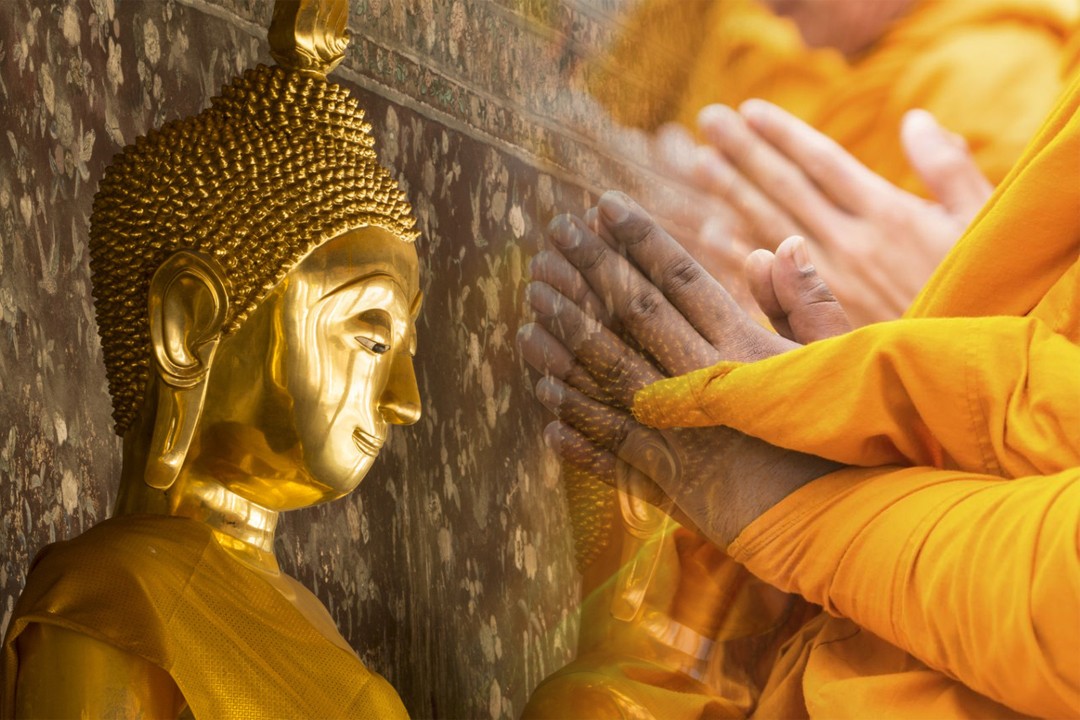 Myanmar identifies as the country that has the most alignment with Buddhism. That is reflected in the fact that it has the highest proportion of Buddhist Monks of any country while it also has the highest proportion of its budget dedicated towards the religion of Buddhism when compared to any other country. Currently, 88% of the people identify as Buddhists.

Cambodia consists of the highest proportion of Theravada Buddhism and out of all of the people in the country that identify as Buddhists, 95% are Theravada Buddhists. This branch of Buddhism is also considered the state religion since the 13th century. Currently, 90% of the total population of Cambodia is Buddhist. 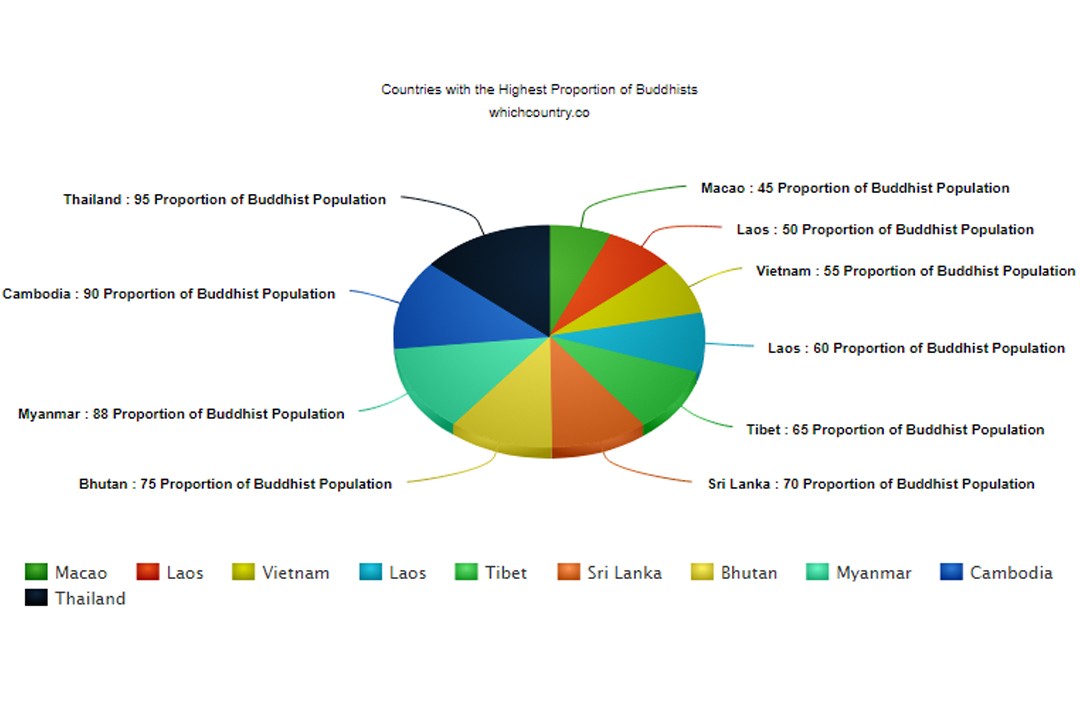 Highest Points on the Earth

December 14, 2013
We use cookies on our website to give you the most relevant experience by remembering your preferences and repeat visits. By clicking “Accept All”, you consent to the use of ALL the cookies. However, you may visit "Cookie Settings" to provide a controlled consent.
Cookie SettingsAccept All
Manage consent