Nobel Prize is touted as the most prestigious award the people are awarded the prizes for advancement in their particular field. The Nobel Prize was established in 1895 from the will of Alfred Nobel. Since then, the Swedish and Norwegian institutes in collaboration have made sure that the prizes are awarded annually for international achievement. Since its conception, Nobel Prize has been awarded to over 850 laureates and there are some organizations that have earned Nobel Prizes for peace as well. There are five categories in which a person can be eligible for a global prize. Contributions in the fields of Chemistry, Physics, Physiology or Medicine, Literature and Peace are awarded every year with a medal, diploma and a cash prize. The prize money regarded the award has been subject to change since its conception. Since 2012, the award money has gone up to 1 million US dollars depending on the exchange rate with the currency SEK (Swedish Krona).
Following countries are awarded the most Nobel Prizes, 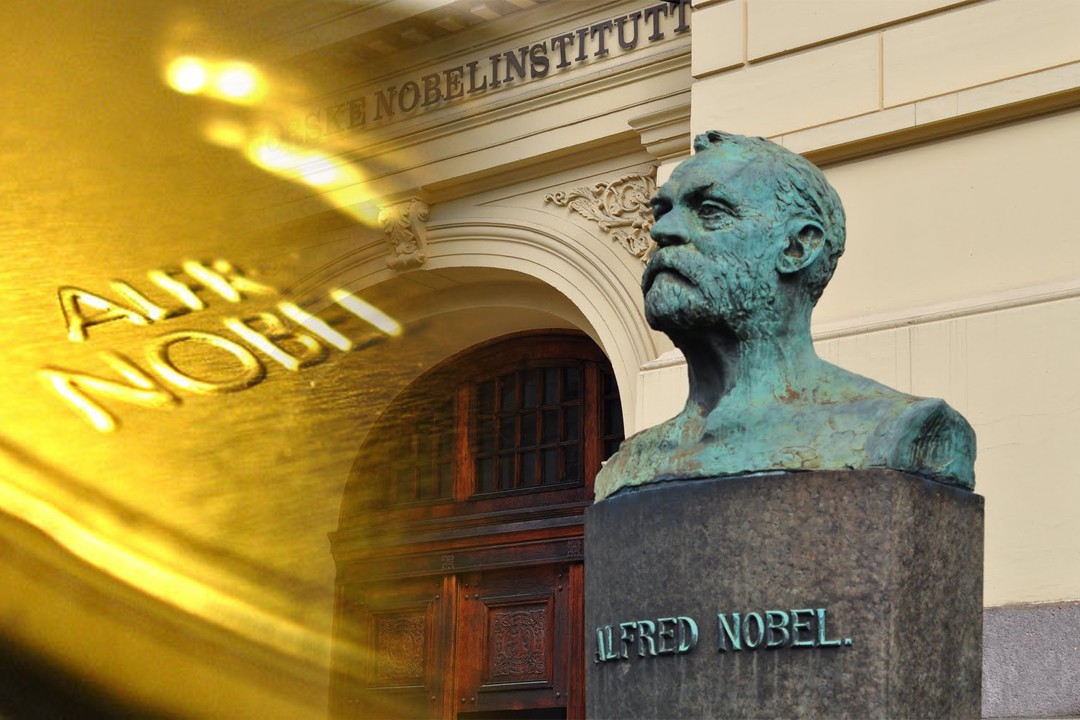 Austria has won a total of 21 Nobel Laureates since they were first awarded in 1905. Since then, Austria has won the prize in all five categories. The most they have gotten are in Physiology or Medicine which is a total of 7.

Japan just got their 24th Nobel Prize in 2016 in the Physiology or Medicine category. Japan nabbed the very first prize in 1949 and since then they have earned 11 prizes in Physics, the most for the country in any category. 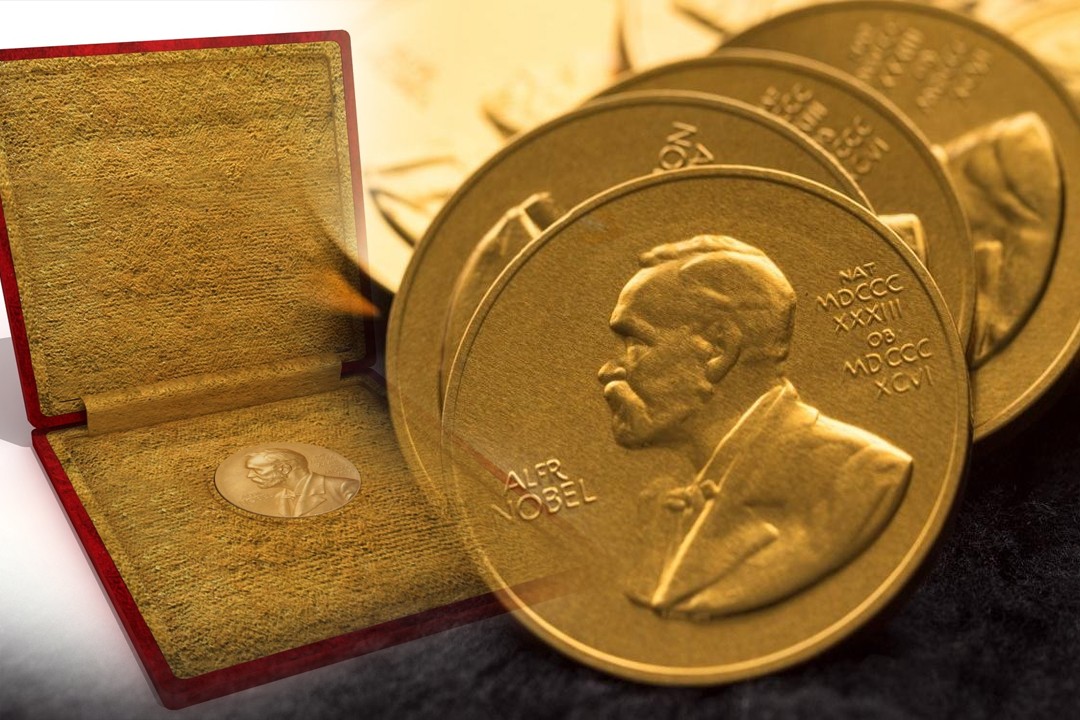 Canada has a total of 25 Nobel Laureates that received the award as Canadians. The most Nobel winners from Canada have gotten the award for their contributions in Chemistry, seven of them. Six of them have done so in Physiology and Medicine.

The Swiss have won a total of 25 Nobel prizes and they actually got the very first Nobel Peace Prize; which is not a total surprise as the Swiss have cultivated their neutral disposition to conflicts in both world wars and even in current political climate. Most Nobel Prizes have been won in the Physiology or Medicine category; nine. 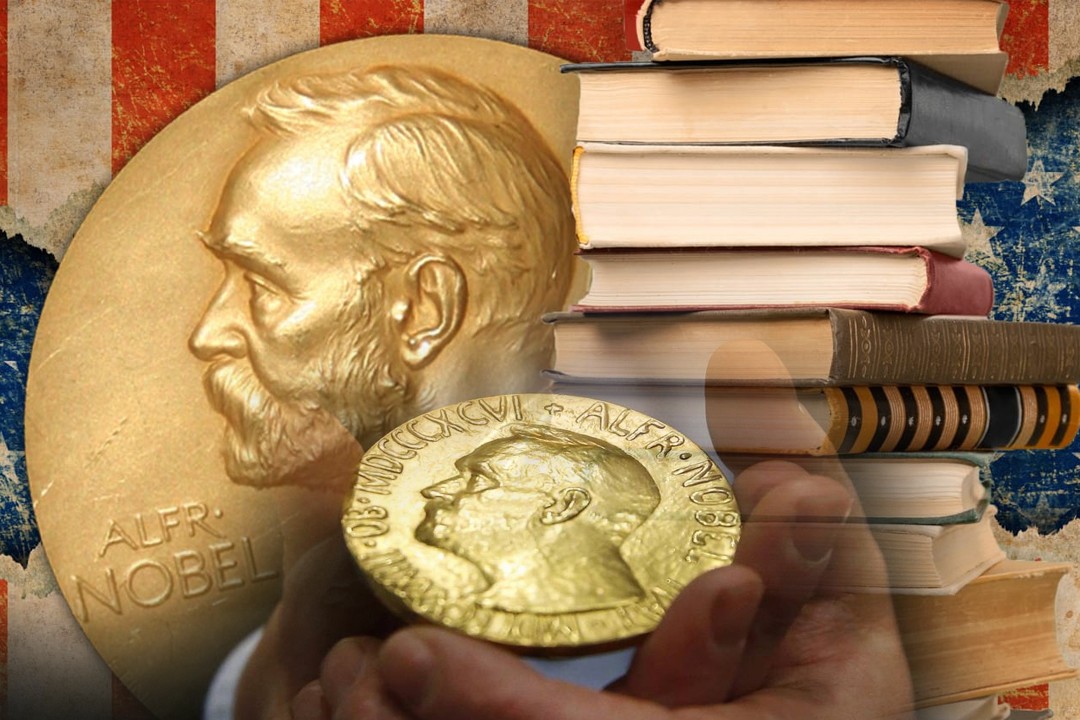 Russia claims to have 26 Nobel Laureates but those change because of the collapse of the Soviet Union as four of them are from present day Azerbaijan, Belarus, Latvia and Ukraine as they claim the laureates as their own, making Russia’s total to 23. Russia has 10 Nobel Laureates in Physics, most for them.

Sweden has won a total of 31 Nobel Prizes. They have been winning Nobel prizes sporadically since 1903 and the last prize won by a Swedish Laureate was in 2015 by Tomas Lindahl. 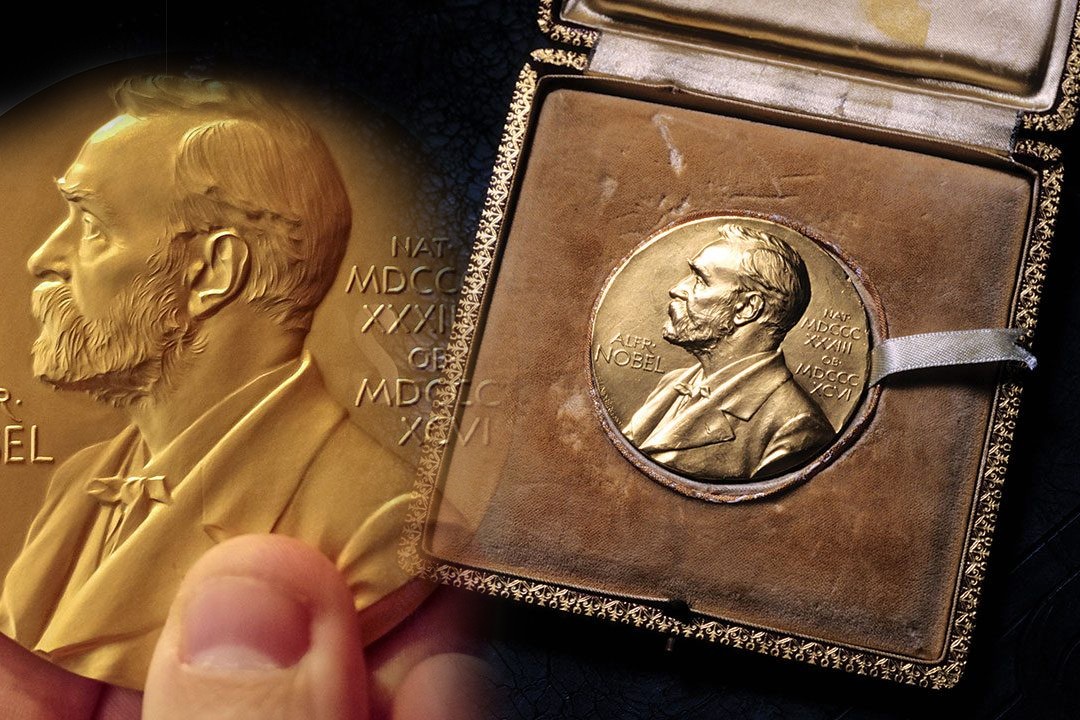 There have been 68 French born Nobel Laureates till date whereas the country has also have seven more laureates that have won the Nobel Laureates after gaining French citizenship. The Nobel Prize in literature has been awarded 109 times to 113 Laureates whereas French has the most in that category.

Germany has a total of 106 and the German are the only one to win two Nobel Prizes in the inaugural year of the Prize ceremony in 1901. Now, the country has won 24 Nobel Prizes in Chemistry as well as Physics; the most notable being Albert Einstein who won the 1921 Nobel Prize in Physics.

UK has won an overwhelming 125 Nobel prizes till date. The most they have won have been in the Physiology or Medicine category. Their most notable winner was Alexander Fleming who discovered penicillin. 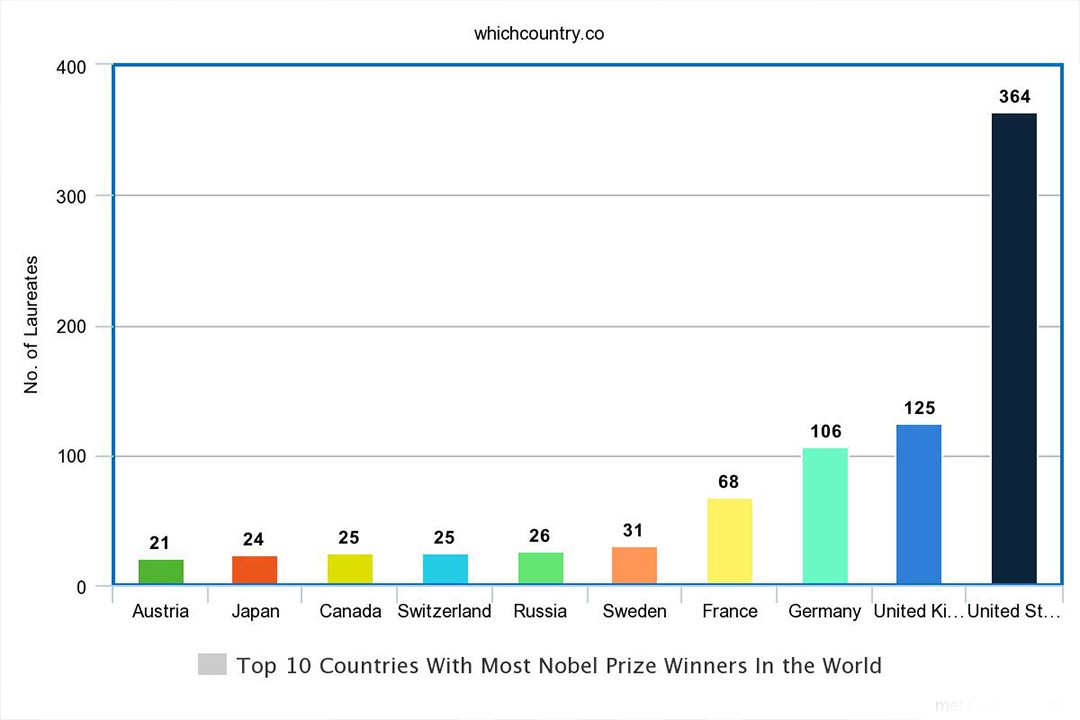 USA has won the Most Nobel prizes for any country. The most surprising thing is the margin by which they are No. 1. USA has around 260 Nobel Laureates that are born on US soil but the US claims around 364 Nobel Laureates that have won the Nobel Prize while living there with at least a green card. USA has most Nobel prizes for any category except for literature. In fact, most of the US literature laureates are not US born.

Which Country Spends Most on Video Games