If we look at the largest economies in Africa then we have Nigeria, Egypt, South Africa and Algeria as the real powerhouses. However, here we are not looking at countries as a whole but people in the countries. GDP per capita based on the Purchasing Power Parity (PPP) of the individuals is the perfect way to gauge what the average annual purchasing power of the citizens of a country is. So, the economy we are discussing can be the smallest in the continent but as long as the people living in the country have a high standard of living then the country is rich. Following are 10 of the richest countries in Africa. 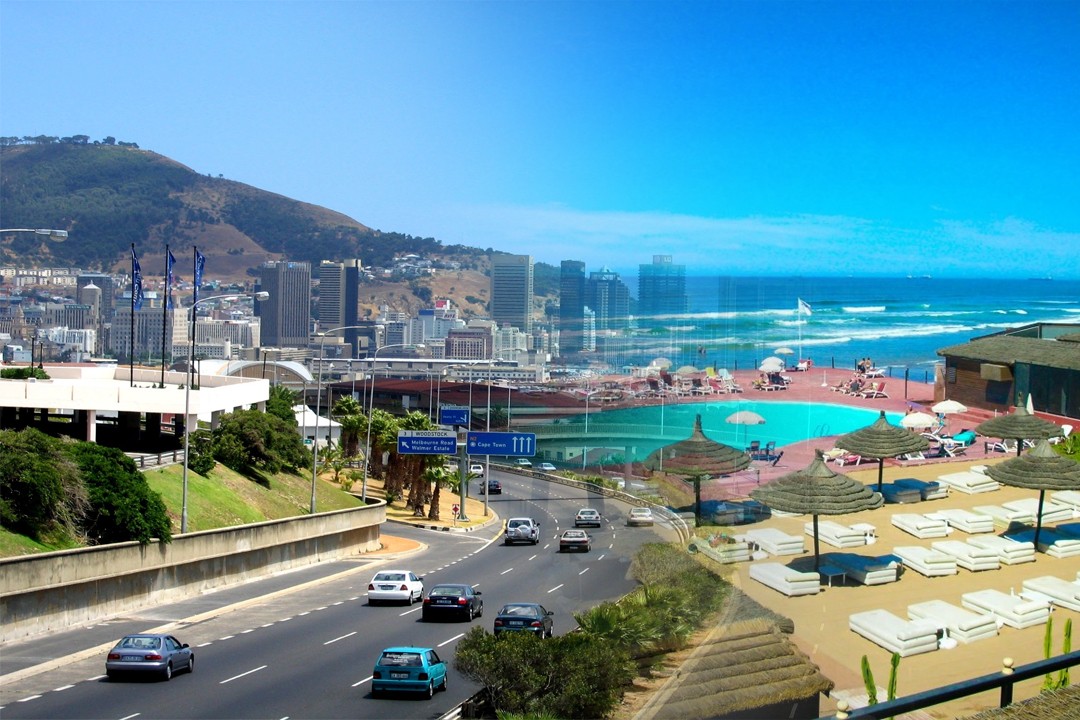 The Richest Country in Africa

Namibia as a whole is one of the richest countries in Africa with a good annual nominal GDP because of its minerals industry, especially diamonds. The wealth here however is not equally distributed and over 20% of the population lives below the poverty line.

Egypt is a large economy and being a part of the Middle East, it is also blessed with riches of oil and also the longest river in the world. The country has a stable economy and the people below poverty line aren’t as high as Namibia. 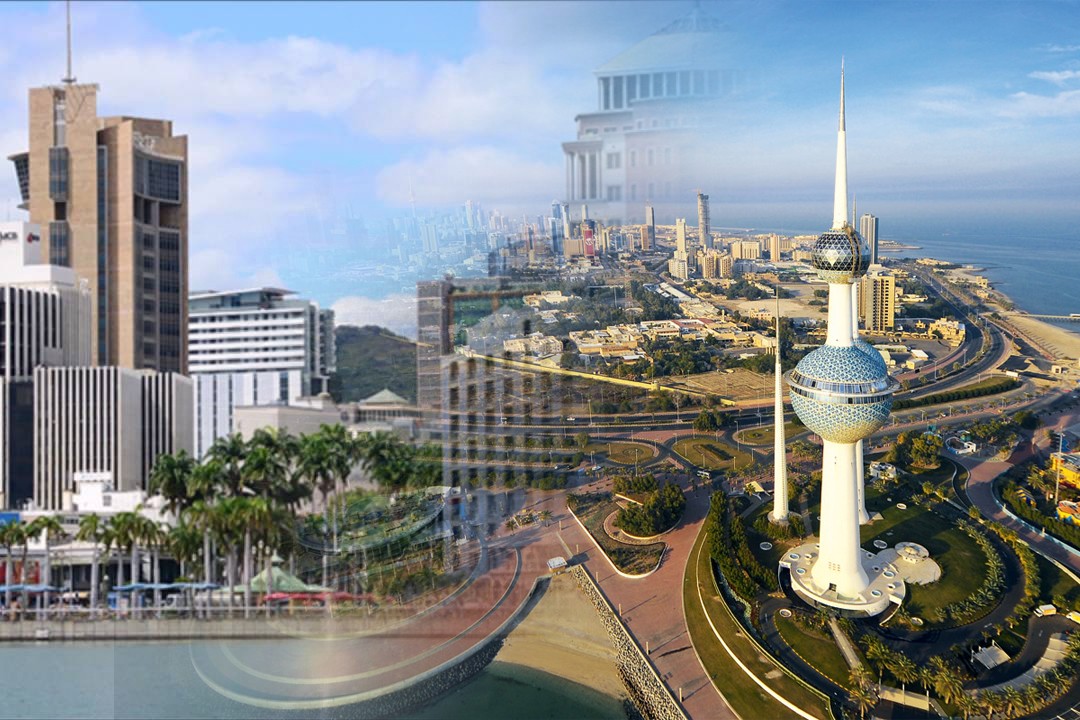 The GDP of Tunisia is dependent on its tourism and mining industry. Manufacturing industry also has a relative importance. The wealth here is divided lot more than other countries and a high purchasing power lands the country in this list.

You won’t be wrong in your assumption that South Africa still faces inequality in rights for blacks even in the 21st century. Most of the wealth in South Africa is pooled by the white population and out of the 25% of the country that is either unemployed or poor; the blacks are a huge majority. It is still a large economy because of its mining industry and the average PPP ranks South Africa as an upper middle class economy. 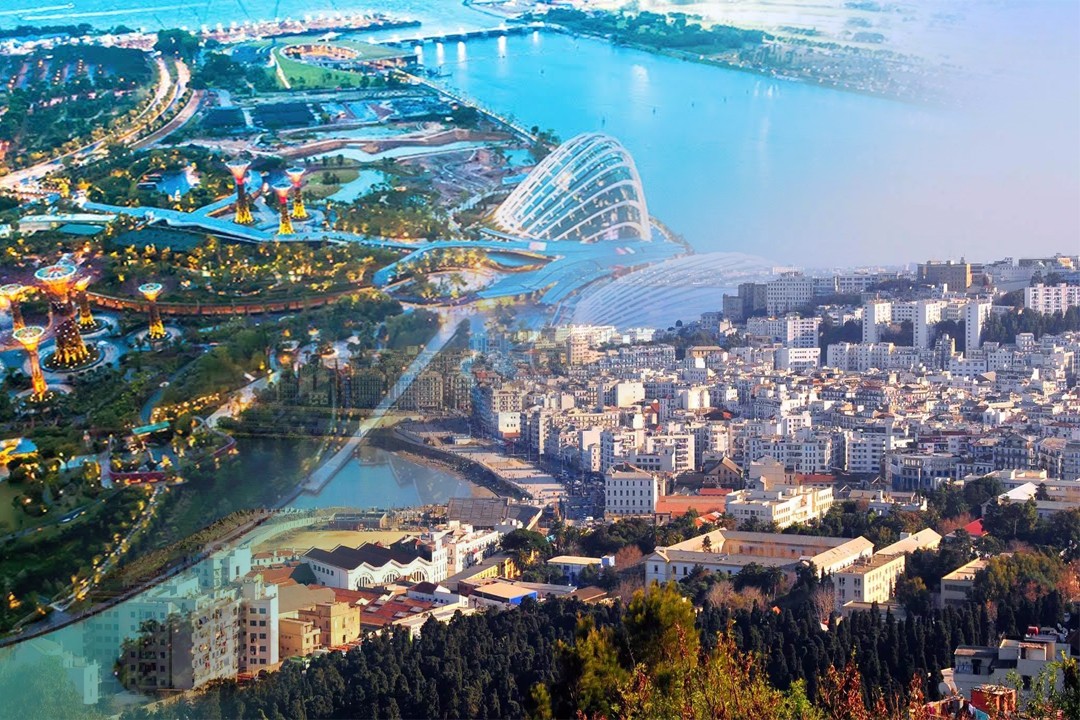 Economy of Lebanon is dependent on the agriculture sector, chemical industry as well as metal products. The country also has a very strong banking sector and an improving economy. That is why it is the sixth richest country in Africa based on purchasing power parity. 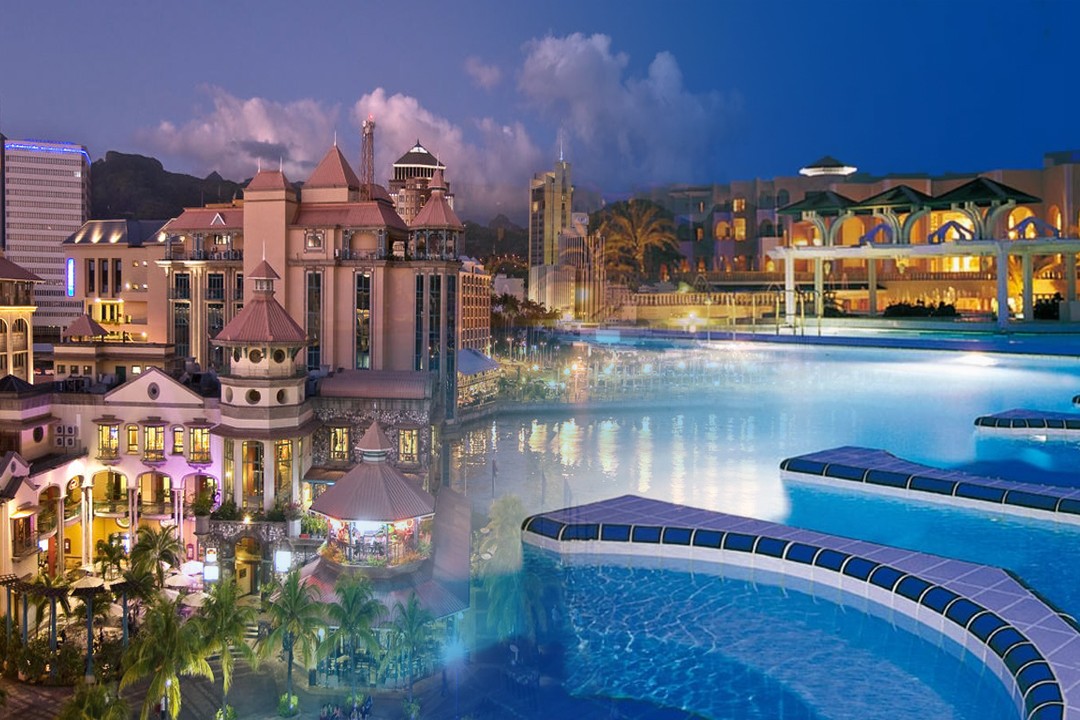 The small Island nation has its government to thank for its sophisticated policies for a strong economy. Despite having no natural resources, Mauritius has created a fabulous tourism industry, a strong financial sector and information technology sector that also produces great rewards for the citizens.

Gabon’s economy is heavily dependent on oil and the country has been striving to diversify its economy for past several decades. Even with the declining oil industry Gabon has now produced an improved educational system that can maintain Gabon’s impressive GDP per capita even through this declining oil industry. 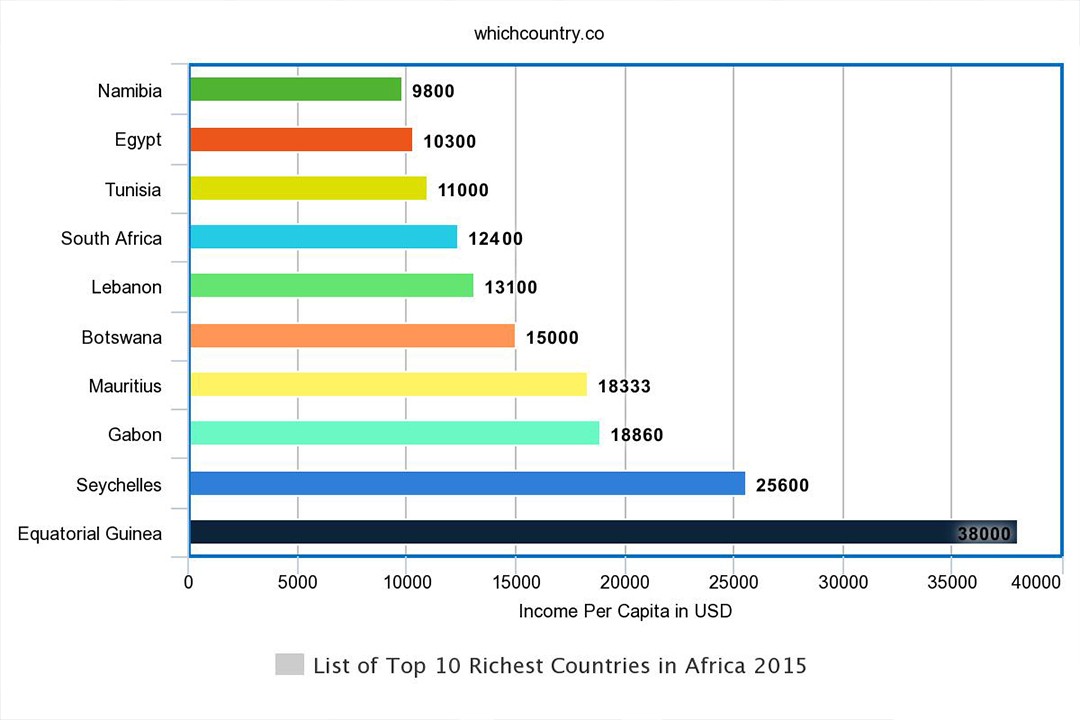 Seychelles is also in list  of one of the smallest nations in the world which is covering the total area of 459 sq km/ and you could be forgiven for not knowing or finding the country on the map because it is an archipelago of 1165small Islands in the Indian Ocean to the east of mainland Africa and north of the large Madagascar Island. Because of its strategic location as gateway for ships through the ocean, Seychelles has had a great fisheries industry along with other opportunities. There are a lot of malls and shopping areas for people that pass through because of which this nation of just 92,000 people enjoys a strong economy.

Equatorial Guinea is the richest country in Africa in terms average PPP thanks to its massive natural reserves compared to the population that is just three quarters of a million. However, the country’s politicians are known to be corrupt and the wealth is not distributed fairly. Because of which it has over 15% of the people still living below the poverty line.

Q : Which is the richest country in Africa and what is per capita income?

Which Country Produces Most Salt