All over the world, there is a boom about health conscious eating and many people are shirking away from fatty and unhealthy substances. Ice Cream seems to be one of the products that is at the top of the exception list. Even when it is deemed healthy, people always find a way to consume ice cream through sugar-free, low-fat, organic and other options. Even frozen yogurt is a spin-off from the traditional ice-cream and even though it is often dubbed as a healthier option, some Fro-Yo flavors can be even higher in calorie count. 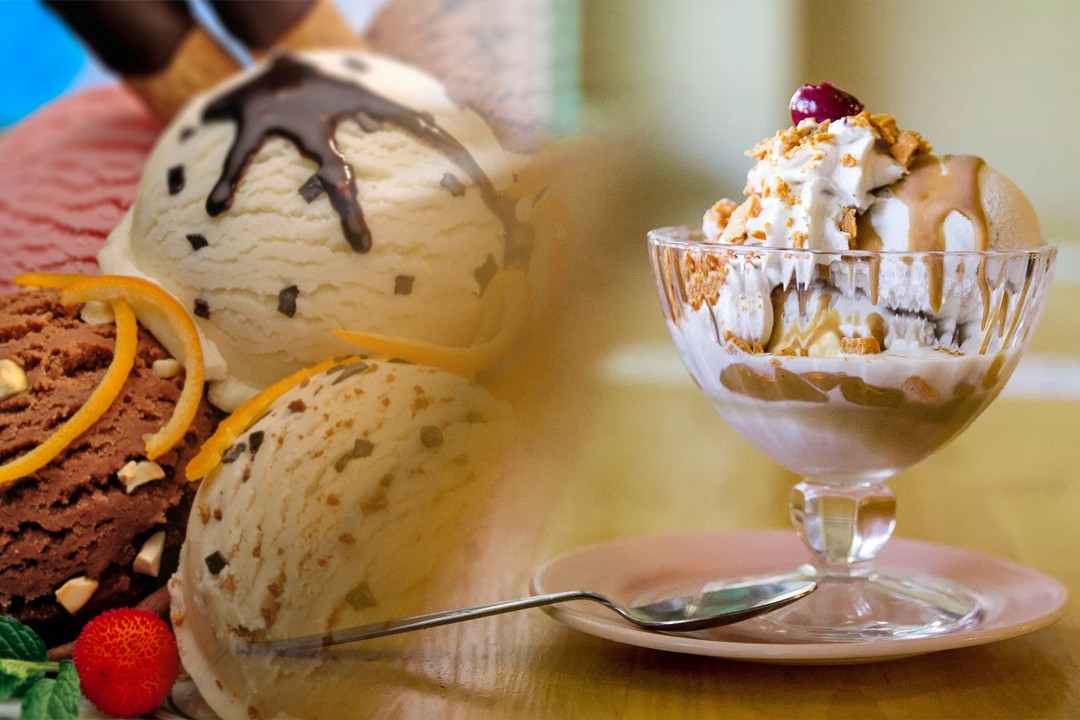 When it comes to countries that consume the most Ice cream, China is the largest market with 6.2 million liters of Ice Cream consumed in the previous year. US was actually consuming more than China but the people in US going a little more health conscious reduced their numbers to 6 million liters. Considering that China is 3.8 times the population of US, the North American superpower has them beat quite comfortably in per capita consumption. That is what we talking about today, annual per capita consumption. So let’s see people of which countries are more ice-cream savvy.

United Kingdom consumes 7 litres of ice cream per capita. Being a country that consumes that much ice cream, it is no wonder that UK is the 8th largest market for ice cream.

Italy consumes an astonishing 8 liters per capita when it comes to Ice Cream. Considering that the country originated the Gelato style ice cream, it is not much of a stretch. 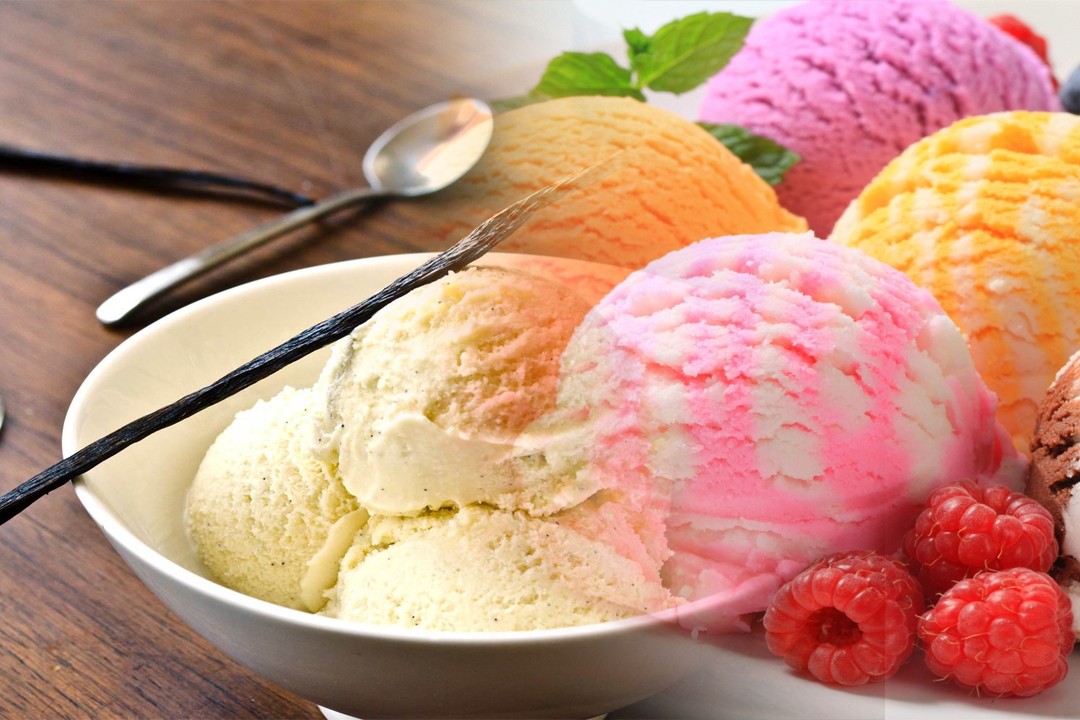 Denmark is a very Ice dessert savvy country and the Danish spend quite a lot on yearly consumption. A recent report suggested that Danish consume over 40 kg of icy desserts out of which over 15 kg is for Ice Cream. In terms of liters that is 8.5 liters consumption per capita.

The proclivity of eating icy desserts has been increasing in the home of St. Patty’s. That might have something to do with the invention of an ice-cream based cure for hangovers. The latest figures show Irish people consume over 11 liters of ice cream per capita per annum.

The dairy products in the Swedes have taken off in recent times. The per capita consumption of Ice cream is around 12 liters in the Scandinavian nation. 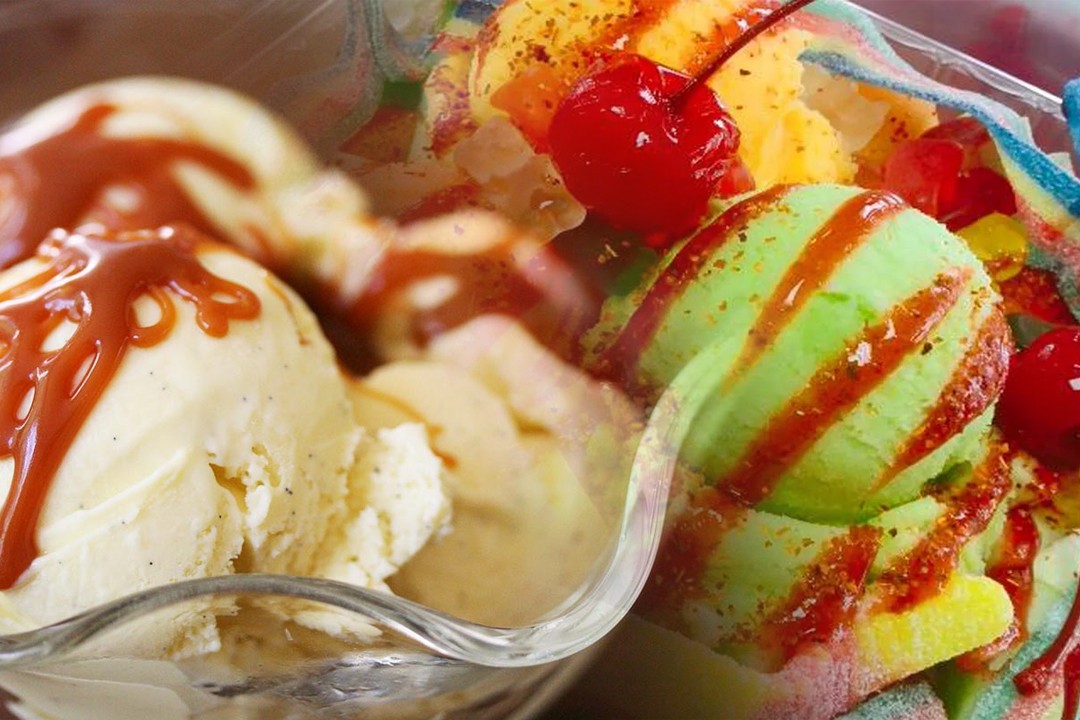 South Korea has a particular taste for ice-creams, popsicles and shaved ice. In South Korea, ice-cream has also been used heavily as a hangover cure much like in Ireland. Their consumption of ice-cream however tops Irish with 12.3 liters per capita.

The ice cream consumption in Finland has been among the top for over a decade now. With many of the big brands marketing in the country along with other local vendors, the per capita consumption here is 12.5 liters.

In Australia, ice cream is used as a snack as well as a form of dessert after dinner. Even though the market share of other frozen products such as frozen yogurts and custards has been increasing, Australians still consume a massive 18 liters of ice cream per capita. 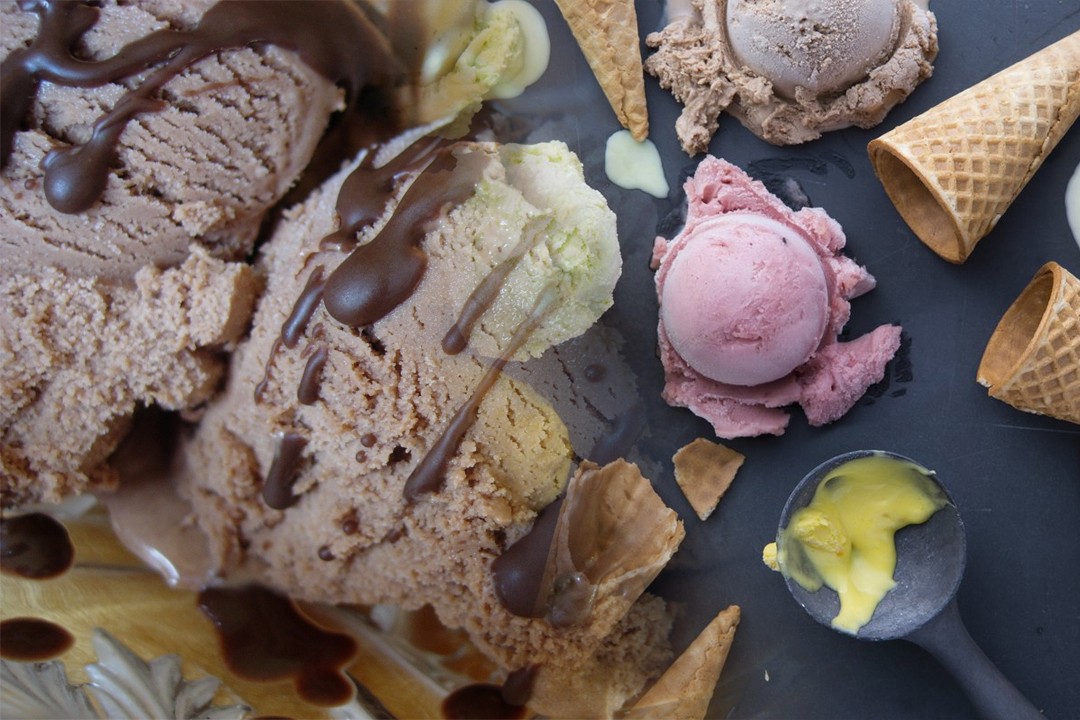 USA used to be the country that consumed most ice cream five years back. It no longer holds that moniker as most of the Americans are now starting to become more health conscious. Nonetheless they still eat more than they did five years ago with 20 liters of ice cream consumption per capita in the previous year.

Countries with Highest Ice Cream Consumption in the World 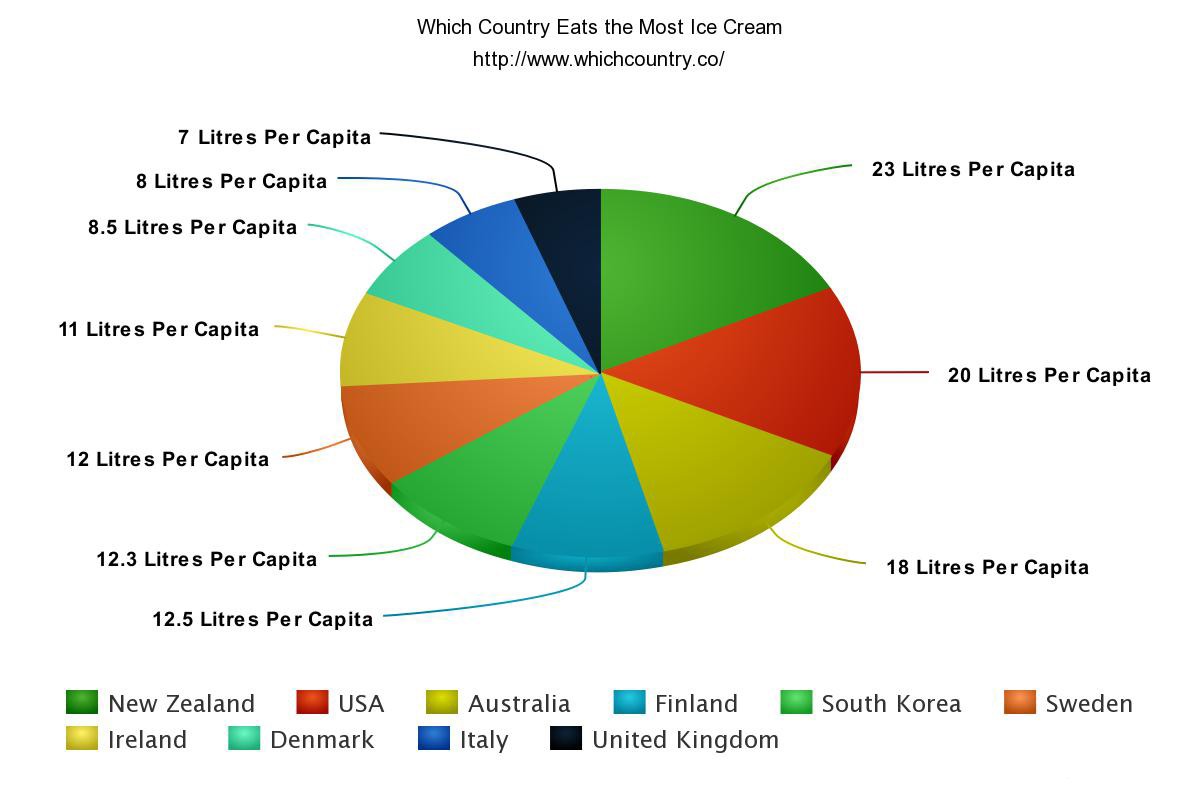 New Zealand has overtaken Australia as the biggest lovers of ice cream. Latest stats have concluded that New Zealand ice cream consumption was around 23 liters per capita for the previous year. That means that New Zealanders are spending 2.5% out of their entire spending on goods on Ice cream alone.

Which Country Eats the Most Cheese