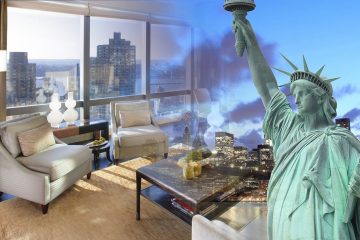 The New York City is the populous most city of the United States in the New York state, also the gate to America’s legal immigration. NYC is globally known as power city because of its considerable impact on the commerce, finance, research, education, fashion, technology & entertainment. The city headquarters

Malaysia is a country located in South-East Asia bordering Thailand, South China Sea, Singapore and Indonesia. Malaysia is rated as the third most visited place on the planet. The efforts to strengthen the economy by government made Malaysia’s tourism the third largest means of income dropped by foreign exchange thus

Traveling for pleasure & leisure is the essence of the excursion, it can be seen by & large as going hand in hand. Tourism is a much spent industry all over the world boosting the overall economies of the countries, enhances growth & financial progressions. It supports & facilitates the

USA is a diverse and eclectic mix of places. Even though most of the small towns are still mostly Caucasians, the cities and metropolitan places all over US have become increasingly diverse in their culture and races. But because of large quantities of people moving to bigger cities, the cost

Because of larger quantities of people moving to bigger metropolitans each year, the cost of living has only gone up higher in recent years. That is doubly true for the bigger cities in US like New York, Boston, Miami, Philadelphia, San Francisco, Honolulu and Los Angeles. These cities have some

There are hundreds of museums around the planet that are considered the major source of amusement for foreign tourists. Diverse museums each day welcome almost 1 million people. In accordance to the 2012 theme index is prepared by the Themed entertainment association and AECOM, It nominated the 20 most visited

6 locations where it rains “370 days a year” Do not panic, there is no error in the above heading. When we published , the post on the island of Yakushima in Japan (which is also included in this post), we presented the site as the place where “it rains

Top Ten Resorts In The World

The Travel & Leisure magazine select every year the list of the best hotels and resorts in the world including urban housing, beach, mountain … linking their quality in performance found in the wonderful natural places or environments. here we are showcasing the top ten resorts in the world  which include a Decalogue

Some Important Info About Dubai: Dubai is fast becoming the hub of tourism culture and it would not be a stretch to think of the city/state to be an autonomous body of government. Dubai is actually one of the seven emirates that make up the country of United Arab Emirates,